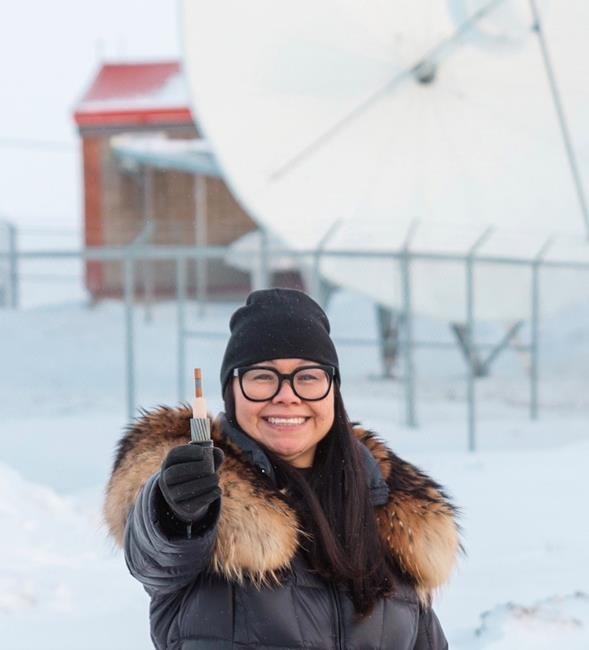 IQALUIT, Nunavut — A Toronto-based company says it has plans to bring fibre-optic internet to Iqaluit, Nunavut, in 2022.

CanArctic Inuit Networks said in a release Wednesday that it will construct a fibre-optic line more than 2,000 kilometres long between Clarenville, N.L., and Iqaluit.

The project is pegged to cost $107 million and would be known as SednaLink.

All internet services in Nunavut currently run through satellite, which is slower and less reliable than a fibre connection. It also means internet packages in the territory are limited and internet plans come with data caps and hefty fees for going over monthly limits.

The project would first bring fibre-optic internet to the territory's capital. CanArctic said it would later expand the network to nearby communities.

Madeleine Redfern, chief operating officer of CanArctic and a former Iqaluit mayor, said she's been trying to bring fibre-optic internet to Iqaluit and Nunavut for more than 10 years.

"We've looked at every possible option, route, risk and costs. And we've landed on what is a very realistic plan to get fibre built in the next two years."

The Nunavut government could not be immediately reached for comment.

CanArctic will be putting forward an application to the federal government under the Universal Broadband Fund and has "identified other funding sources," she said.

"The government of Nunavut would not be required to invest because their timelines and processes would delay the project," Redfern said.

The Nunavut government, with a $151-million contribution from the federal government, has already said that it plans to build a 1,700-kilometre fibre-optic line to Iqaluit from Nuuk, Greenland.

The territory committed $30 million to that line, which is supposed to be completed in 2023. It's unclear how CanArctic's plans will affect that project.

CanArctic said its project is to be completed by October 2022.

This report by The Canadian Press was first published Dec. 23, 2020.