The founder of Alimentation Couche-Tard walked away empty-handed Friday after trying to convince France's finance minister to drop his objection to it acquiring grocery giant Carrefour. Alain Bouchard met with Bruno Le Maire in Paris.
Jan 15, 2021 4:32 PM By: Canadian Press 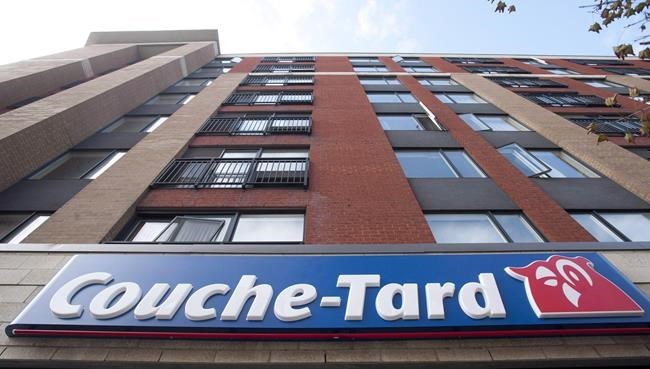 The founder of Alimentation Couche-Tard walked away empty-handed Friday after trying to convince France's finance minister to drop his objection to it acquiring grocery giant Carrefour.

Alain Bouchard met with Bruno Le Maire in Paris. His offer of various commitments was not enough to change Le Maire's opposition over food security issues, according to information obtained by The Canadian Press.

Earlier, the minister expressed concerns about the potential $25 billion transaction.

"My answer is extremely clear: we are not in favour of the deal. The no is polite but it's a clear and final no," he said in a television interview.

Quebec Economy and Innovation Minister Pierre Fitzgibbon had said that the convenience store giant would have to demonstrate that food security was not at stake.

"I cannot say that I am surprised (by the reaction of the French government),” he said in a conference call.

Fitzgibbon said there appears to have been an "agreement in principle" with senior management at Carrefour and some of its largest shareholders, but the matter turned "political."

Le Maire's comments prompted Carrefour shares to decrease further below the 20 euro offer. Couche-Tard's shares recovered some of their recent losses, rising 4.7 per cent, or $1.69, to $37.98 in Friday trading on the Toronto Stock Exchange.

Alimentation Couche-Tard's interest in Carrefour caught industry analysts by surprise, who questioned the strategic fit between the convenience store chain and Carrefour, France's largest private-sector employer with more than 100,000 workers.

"We see limited strategic fit for Couche-Tard in acquiring Carrefour due to minimal geographic and business overlap and we expect limited synergies," wrote Mark Petrie of CIBC Capital Markets.

Despite the risks, he said the key part of the rationale would be to establish a platform for future consolidation.

"We believe Couche-Tard would likely use the Carrefour asset base to pursue further acquisitions with scale."

Ultimately, Petrie said regulatory approval is uncertain even though he believes Couche-Tard would offer the French government assurances on food security and supply, as well as job protections.

— With files from Julien Arsenault in Montreal

This report by The Canadian Press was first published Jan. 15, 2021

Companies in this story: (TSX:ATD.B)