OTTAWA — Indigenous Services Minister Marc Miller says the federal government is working with the provinces to prioritize vaccinating Indigenous people against COVID-19, including those who live in urban centres and other places where the provinces p
Jan 20, 2021 1:33 PM By: Canadian Press 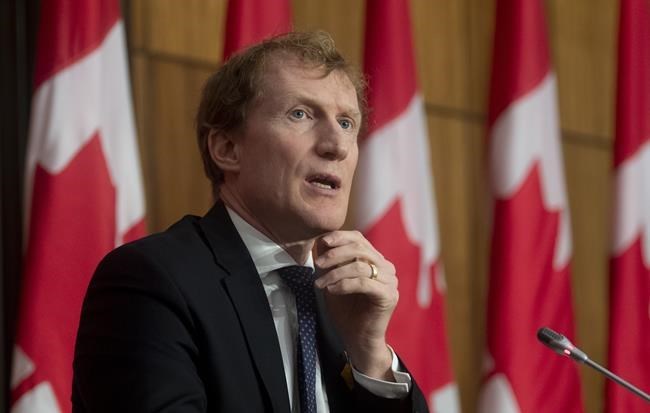 OTTAWA — Indigenous Services Minister Marc Miller says the federal government is working with the provinces to prioritize vaccinating Indigenous people against COVID-19, including those who live in urban centres and other places where the provinces provide health services.

"This is a particularly acute issue and challenge when we're talking about the deployment of the vaccine," Miller told a news conference Wednesday in Ottawa.

Miller said he has been concerned that Ottawa is not able to vaccinate First Nations people living off-reserve, as well as Métis and Inuit outside federal jurisdiction. He said the federal government is doing "quiet work" with the provinces to prioritize these groups.

"We need participation of the provinces to ensure that needles get into the arms of people that are the most vulnerable," he said.

"The role of the federal government, in my mind, is to offer our assets, offer our co-operation our resources, our logistical capacities."

The National Advisory Committee on Immunization recommends the first phase of the COVID-19 vaccine rollout prioritize people who live and work in long-term care homes, people over the age of 80, front-line health workers, and adults in Indigenous communities where an outbreak can be particularly harmful and hard to manage.

Dr. Tom Wong, chief medical officer of public health at Indigenous Services Canada, said the department is now working with Indigenous partners and provinces and territories to specifically prioritize elders for receiving the COVID-19 vaccine, and other groups.

"We are working with partners, including urban partners, urban Indigenous partners, local health departments, provinces and territories to really emphasize, and advocate for the inclusion in the rollout early on vaccines for underserved First Nations, Métis and Inuit," he said.

"We're very glad that in some jurisdictions, they are already making plans in the coming days and weeks to actually specifically support First Nations, Métis and Inuit in those downtown, inner-city, hard-to-reach areas to actually offer the vaccine."

In a news release Wednesday, Indigenous Services Canada said there have been 89 COVID-19 cases, including 15 deaths, in nine long-term care homes on reserves located in Manitoba, Alberta, Ontario and Quebec.

The number of COVID-19 active cases in First Nations communities reached an all-time high this week with 5,571 reported cases as of Tuesday.

The department said COVID-19 vaccine rollouts have already started in 169 Indigenous communities in all provinces and territories except Nova Scotia and P.E.I.

Note to readers: This is a corrected story. A previous version said there have been nine deaths from COVID-19 in long-term care facilities located on-reserve.