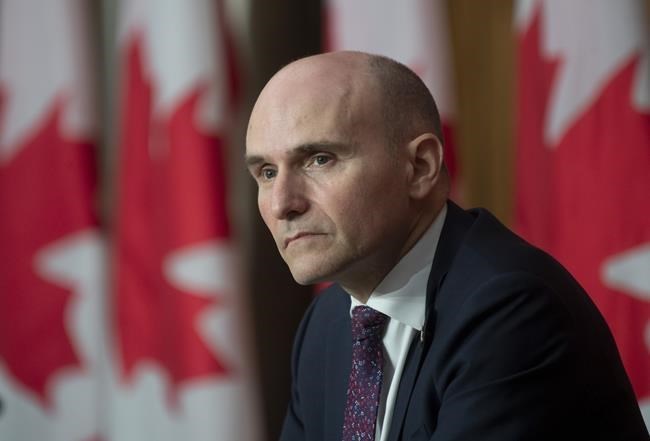 They also plan to do further research on the makeup of the federal public service and will try to hire more senior leaders with varied backgrounds.

Treasury Board President Jean-Yves Duclos and his parliamentary secretary, Greg Fergus, are spelled out the priorities Tuesday to foster greater diversity, inclusion and accessibility in the public service.

The government says while there has been some progress for Black Canadians, Indigenous Peoples and others who face racial discrimination in the workplace, too many public servants continue to face obstacles.

The Treasury Board Secretariat has begun discussions about the framework for recruitment in the public service and is specifically looking at "possible amendments" to the Public Service Employment Act.

The act is intended to ensure federal hiring is fair, transparent and representative.

But Chris Aylward, national president of the Public Service Alliance of Canada, says he hears complaints from members about how it works.

"It sounds like everything is there," Aylward said Tuesday. "But in practical terms, the way that it's applied, the way that managers go about doing staffing … it's far, far from perfect."

The examination of the Public Service Employment Act would complement Labour Minister Filomena Tassi's planned review of the Employment Equity Act, a law aimed at protecting workers from discrimination and other unfair treatment.

The government recently released data that provides more detail about the composition of the public service.

Duclos and Fergus say the annual public service employee survey will help the government identify more precisely where gaps remain and what is needed to improve representation.

The government plans to increase diversity through promotion and recruitment, including introduction of the Mentorship Plus Program to allow departments to offer mentoring and sponsorship opportunities to high-potential employees who might currently face barriers.

The government says although progress will take time, the public service can be a model of inclusion for employers across the country and around the world.

"In time, we will build a public service that is the true reflection of our pluralism and diversity," Duclos said in a statement.

"We must encourage and support the voices that have long been marginalized in our organizations," Shugart wrote.

"We must create opportunities where they have long been absent. We must take direct, practical actions to invoke change. This is a true test of leadership, and one we must meet head on. Now."

The government has also launched the Centre for Diversity and Inclusion, supported by a budget of $12 million, to create an ongoing discussion about change.

"There is much to do before all public servants can feel they truly belong in a public service that values inclusiveness and differences," Fergus said.

"Outlining these key areas of focus is a key step in taking concrete action."