TORONTO — Canada has named its 50-man provisional roster for CONCACAF Olympic qualifying next month, with 21 of the players coming from the three Canadian MLS clubs.
Feb 23, 2021 12:33 PM By: Canadian Press 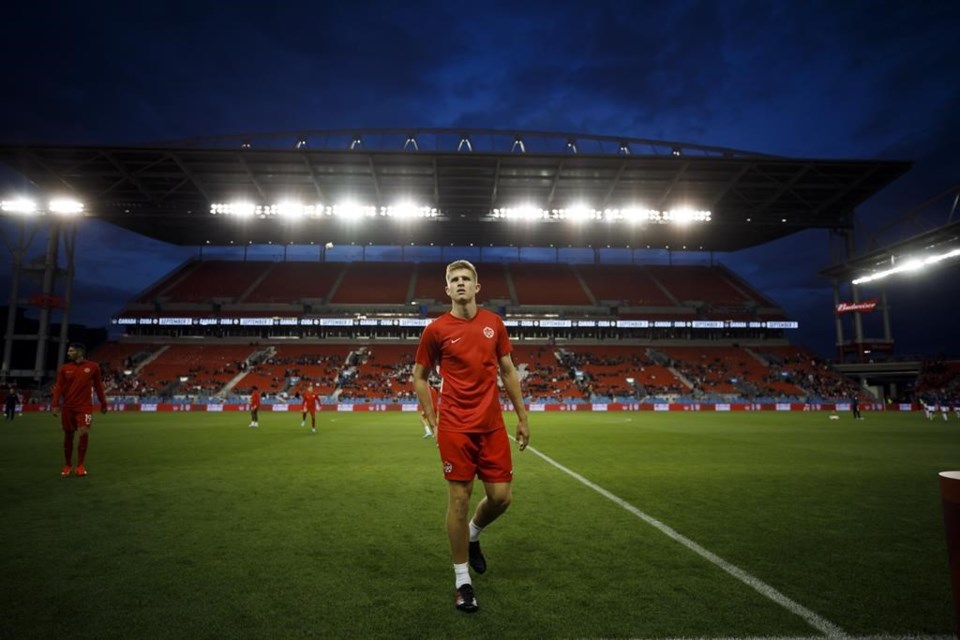 TORONTO — Canada has named its 50-man provisional roster for CONCACAF Olympic qualifying next month, with 21 of the players coming from the three Canadian MLS clubs.

The list includes from nine from Toronto FC, seven from the Vancouver Whitecaps and five from CF Montreal. Eleven come from the Canadian Premier League.

Canada Soccer says 19 of the players on the provisional roster have already been called into its men’s national team camps and 16 have at least one senior cap.

The eight-team Olympic qualifying tournament, originally scheduled to be played last spring, runs March 18 to 30 in Guadalajara, Mexico. It will determine two teams to represent North and Central America and the Caribbean at the Tokyo Games, whose soccer competition is slated to run July 21 through Aug. 7.

FIFA has kept the same Olympic men's eligibility rules that were first established, saying players must be born after Jan. 1, 1997.

The qualifying tournament comes at a difficult time with Canada opening its World Cup qualifying campaign on March 25. Stars like Bayern Munich's Alphonso Davies and Lille's Jonathan David, both born in 2000, are eligible for the Olympic team but will kept for the senior side.

Canada's 50 man-roster will be trimmed to 20 for the tournament, including three goalkeepers, no later than 10 priors to the start of the competition. Players not in the provisional squad can be added to the final roster but subsequent changes, due to injury, have to come from the provisional list.

Canada has been drawn in Group B, opening March 19 against El Salvador before facing Haiti on March 22 and Honduras on March 25.

Group A features the U.S., Mexico, Costa Rica and the Dominican Republic.

The top two in each pool advance to the semifinals with the March 28 semifinal winners booking their ticket to the Olympics.

Women's Olympic qualifying in the region took place in January-February 2020 before the pandemic. Canada, which won bronze at the last two Olympics, and the defending champion U.S. have both qualified.

This report by The Canadian Press was first published  Feb. 23, 2021