Canada's James Hinchcliffe will return as a full-time driver on the IndyCar circuit in 2021. Andretti Autosport announced Tuesday that Hinchcliffe will drive the No. 29 Honda this season. The 34-year-old Hinchcliffe, from Oakville, Ont.
Jan 26, 2021 1:47 PM By: Canadian Press 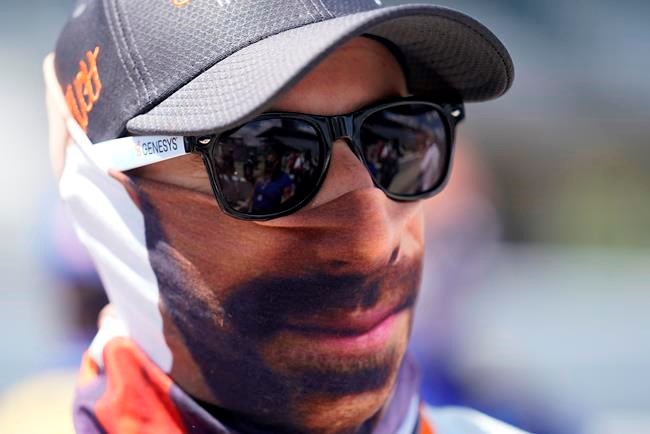 Canada's James Hinchcliffe will return as a full-time driver on the IndyCar circuit in 2021.

Andretti Autosport announced Tuesday that Hinchcliffe will drive the No. 29 Honda this season.

The 34-year-old Hinchcliffe, from Oakville, Ont., lost his full-time ride with Arrow McLaren SP after the 2019 season.

The Canadian competed in six races last year on a part-time deal with Andretti Autosport.

Hinchcliffe will be sponsored by Genesys for 10 race in 2021, including the Indianapolis 500. Remaining partnerships for Hinchcliffe’s 2021 season will be announced in the coming weeks, Andretti Autosport says.

The 2021 campaign will mark Hinchcliffe's 11th year in IndyCar. He has won six races in his career.

“This program is something we’ve been working on since the day we signed our three-race deal with Andretti Autosport last March,” Hinchcliffe said in a statement. “Being back full time has always been the goal, and it feels so great to know that I will be back on the grid and with such an amazing team, one I’ve had a lot of great memories and success with."

Hinchcliffe will be one of four drivers on the team this year, joining Colton Herta, Alexander Rossi and Ryan Hunter-Reay.

“We’re really excited to have Hinch back in the car for 2021 and thrilled to welcome Genesys again to the Andretti family, this year in an expanded role,” Andretti Autosport chairman and CEO Michael Andretti said in a statement.

Hinchcliffe will be one of two Canadian full-time drivers on the IndyCar circuit. Dalton Kellett of Stouffville, Ont., is preparing for his second season with A.J. Foyt Racing.

The first IndyCar race is scheduled for April 18 in Birmingham, Ala.

The Honda Indy Toronto, the lone Canadian race, is scheduled for July 11. It was cancelled last year because of the COVID-19 pandemic.