Suzanne Birt can book her ticket for the Calgary bubble. The veteran skip wants to make sure she's wearing familiar Prince Edward Island colours when she's there.
Jan 26, 2021 12:21 PM By: Canadian Press 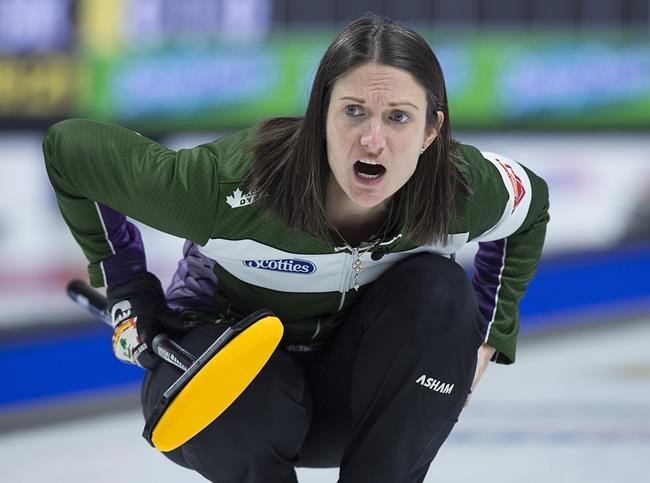 Suzanne Birt can book her ticket for the Calgary bubble. The veteran skip wants to make sure she's wearing familiar Prince Edward Island colours when she's there.

Birt will be a heavy favourite in a best-of-five playdown starting Friday against unheralded Darlene London at the Maple Leaf Curling Club in O’Leary, P.E.I. The winner will represent the province at the Feb. 19-28 Scotties Tournament of Hearts.

"It would mean a lot to us to be that team," Birt said Tuesday from Charlottetown.

The two-team competition is one of the few provincial or territorial championships to be played this season. Several playdowns around the country have been cancelled due to the pandemic.

The Prince Edward Island result will have direct ramifications on the wild-card picture at the Scotties. No. 2 Tracy Fleury and No. 11 Mackenzie Zacharias, both from Manitoba, have already secured the first two wild-card spots in the expanded 18-team draw.

If Birt wins the provincial title, the third and final wild-card entry will go to Beth Peterson of Manitoba, based on her No. 12 position in the Canadian rankings. A loss would give Birt the berth since she's ranked higher at No. 9.

"We've been practising and preparing for the past few months (since) we were in the mindset that we would be there," Birt said. "We wanted to train like normal and be in that setting. That hasn't changed at all."

Many top national teams have been limited this season due to bonspiel cancellations, club closures and government restrictions. Some players have turned to practising on frozen lakes to maintain at least some level of on-ice training.

The curling season in P.E.I., meanwhile, has been running rather smoothly. Curl PEI even eased some modifications this week to allow for the return of pre-pandemic sweeping rules.

Prince Edward Island did not report any new COVID-19 cases Tuesday. There are only six active cases in the province.

London has been a regular at provincial playdowns in recent years with skip Tammy Dewar. She took over as skip this season when Dewar stepped away from competitive play.

London knows she's an underdog against Birt but feels it's still "anyone's game."

"We've beaten Team Birt, they've beaten us," she said from Montague, P.E.I. "Team Birt has (also) wiped us off the scoreboard."

Birt has made 11 career appearances at the Scotties. The 2001 world junior champion recorded a career-best third-place Scotties finish in 2003.

London nearly qualified for the nationals as a second for Dewar in 2010. They dropped an 8-6 decision to Kathy O'Rourke in the provincial final that year.

London said she's been playing four nights a week this season out of the Montague Curling Club, including once a week with her competitive team.

"We have the utmost respect but we feel we have a chance ... we just hope we'll go to the other end of the island and play five really good games," she said.

A Birt victory would send a whopping five Manitoba teams to the Scotties. The three wild-card teams would join Team Canada's Kerri Einarson and Manitoba skip Jennifer Jones in the field.

The Prince Edward Island men's championship is also set to begin Friday. Eddie MacKenzie and Blair Jay will meet in a best-of-five showdown for a berth in the March 5-14 Tim Hortons Brier.

The Scotties and the Brier will be held at the Markin MacPhail Centre on the grounds of Canada Olympic Park.