There was a clear but unusual path for three Alberta-based teams to play in the Tim Hortons Brier this season. Curling Alberta made a difficult choice that will send two rinks to the Calgary event and leave that third team on the outside looking in.
Jan 19, 2021 4:47 PM By: Canadian Press 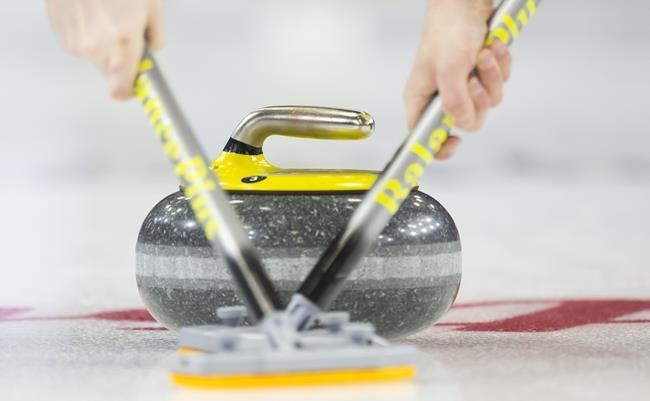 There was a clear but unusual path for three Alberta-based teams to play in the Tim Hortons Brier this season. Curling Alberta made a difficult choice that will send two rinks to the Calgary event and leave that third team on the outside looking in.

Jeremy Harty's team issued a statement Monday night that congratulated the provincial representatives while expressing disappointment that only two Alberta-based men's teams would go to nationals.

"Alberta men were fortunate enough to have a Tour this year with three very well-run events and all competitive teams in attendance," the team said on Twitter. "We were No. 1 on the Alberta Tour both this season and last season and felt we had the merit to be named Team Alberta knowing that (Kevin) Koe and (Brendan) Bottcher would be guaranteed the wild-card spots.

"We understand that it was a tough decision and we appreciate all of Curling Alberta's efforts this year."

Bottcher, ranked fourth in the country and a Brier finalist last year, was obviously a worthy selection. But Curling Alberta also had to consider Koe, since his team didn't compete in provincial playdowns thanks to its automatic Brier entry as Team Canada.

Further muddying the waters was Harty, a young team that had a slight edge on the second-place Koe in the Alberta Tour points race.

Bottcher and the sixth-ranked Koe were essentially Brier-bound no matter what. But picking Harty — ranked a respectable 15th in Canada — as the provincial rep would have meant all three could go.

"We think Team Bottcher are going to be great reps," Harty third Kyler Kleibrink said Tuesday. "They're good guys and they're good mentors to us. Team Koe will be great as well.

Helping ease the disappointment was a phone call from Bottcher third Darren Moulding, who Kleibrink said reached out to voice his support and say he thought the team's time would soon come.

"Lifted the spirits for sure," Kleibrink said. "His words of encouragement and telling me his story and path was great."

Curling Alberta's decision to send reigning champions to the so-called curling bubble was one that other provinces have used in recent weeks. The Walker pick for the Scotties Tournament of Hearts was expected but the men's selection for the Brier was the subject of more debate.

Harty's teammates were buoyed by recent decisions from Saskatchewan and Nova Scotia to consider results beyond 2020 provincial championships for their picks, Kleibrink said.

Before the pandemic, many elite Alberta-based teams were focused on top-flight events around the country rather than just provincial bonspiels. The association also had to consider that the 2020-21 women's Alberta schedule had to be cancelled.

It all left Curling Alberta board members with plenty to think about before selections were made.

"There were a range of teams to consider, including previous champions, younger teams setting out for a breakout season, returning teams aiming for a comeback, and newly formed teams looking for an opportunity to prove themselves," Curling Alberta executive director Jill Richard said in an email.

"We have a great depth of talent in this province and the board was faced with a terrible task in naming only one team as our representative."

The decision left Koe to join Manitoba's Mike McEwen in a secure wild-card position based on the 2019-20 Canadian rankings. A Harty pick as Team Alberta would have given Bottcher and McEwen wild-card spots and Koe would have been a slam dunk for the third.

"I think that it's good for Alberta that there is a discussion over situations like this because it just shows the depth that we have," said Koe lead Ben Hebert. "What we've created here in Alberta is a good curling culture.

"I think that's how young teams get good is they have good competition to play against and there's a couple good, young, up-and-coming teams in Alberta here as well that are going to be around for a while."

Ontario's Glenn Howard, a four-time Brier champion, is a favourite for the final wild-card entry as the highest-ranked team without a berth.

Harty is a longshot to get the entry as he's in the mix with other underdog teams that may be considered by Curling Canada. The federation is expected to make its selection next month.

For the Scotties, it's possible there could be a whopping five Manitoba-based teams in the 18-team draw depending on how the wild-card picture plays out.

Tracy Fleury is a lock for one of the three wild-card spots, so her team will join Manitoba's Jennifer Jones and Team Canada's Kerri Einarson in the field.

Suzanne Birt is a heavy favourite to win the Prince Edward Island title this month but she'd get the second wild-card spot with a loss. Mackenzie Zacharias would be next among eligible teams on the rankings list, a whisker ahead of fellow Manitoban Beth Peterson.

The criteria for the third wild-card pick in both draws has not been finalized.

As a result, it remains possible that higher-ranked teams skipped by Alberta's Kelsey Rocque and Robyn Silvernagle of Saskatchewan could be considered. Both teams have two returning players, one short of the normal required minimum.