EDITORIAL: No flaming poinsettias this year – embracing a chaos-less Christmas on Bowen Island

This Christmas will be considerably quieter than usual for many
Dec 23, 2020 4:30 PM By: Bronwyn Beairsto 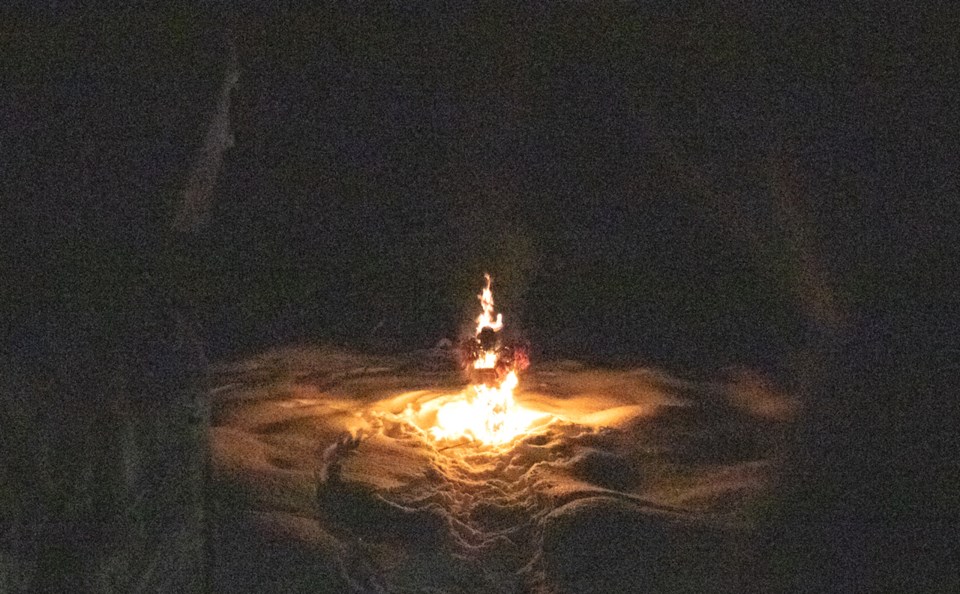 It’s the chaos I’ll miss most this year.

As a Christmas celebrator, I’m sticking in the South for the first time in decades – since the year my parents split and the nature of Christmas and family transformed. (That year we visited Kelowna for the season.)

We became a two-Christmas family after that year. But awkward moments and frustrations over who goes to what house when were no match for four kids who find out they get two full days of Christmas.

Despite early hiccups (the year my dad was cooking the turkey for the first time and we called Grandma on Christmas Day asking what time we should take the turkey out of the freezer), traditions evolved with each parent, step-parent and affiliated sibling.

Tensions run high in the season where most, if not all, the progeny return to the Yukon, and arguments burn hot and fast but almost as quickly, someone gets dunked in the snow bank or something gets set on fire.

“I didn’t know they sell explosives at Superstore,” my brother recently texted with a photo of a poinsettia.

Between my four brothers by blood (the youngest is 10), my step-brother and step-sister and the partners and the nephew, life with the Beairsto-Rowles-Stevens-Spicer crew is an acquired taste. (It’s really, really loud.)

At the Stevens, Rowles and Associates cabin compound (my brothers and I are the associates), we listen to As It Happens’ “The Shepherd” reading on Christmas Eve (the only Christmas celebration my step-father admits to enjoying) before bundling up to go to a church service. Inevitably, there’s so much resistance to attending church that we end up at a family friend’s house setting off the fireworks my mother conveniently had in the shed.

It’s at my dad’s house the sing alongs flourish. Don’t even hum Stan Rogers in earshot of the Beairsto-Spicer house or you’ll be dragged out the fire pit, issued a song sheet and instructed to sing.

I’ll miss the Yukon – the midwinter light, hockey nights, bonfires, ridiculous sing alongs (ridiculous because it’s 1 a.m. and everyone’s still singing) – but changes come with their own joys and sorrows. I am grateful to be here on Bowen. Maybe I’ll even get to sleep in on Christmas.

This was a hard year for many, and several Bowen Islanders lost parents, grandparents, aunts, uncles, sisters, brothers, in this pandemic. We lost time with our loved ones as we stayed away to keep them safe. It was hard.

But I hope 2021 is a year we take the community resilience and bonds we formed this year and we start building a sustainable and equitable future.

1
The Latest: India vaccinates 2 million health workers
2
Beachgoers on Bowen Island get a close encounter of the orca kind (VIDEO)
3
US boosting vaccine deliveries amid complaints of shortages
4
New COVID-19 infections in B.C. continue to trend lower
5
Cameras in Snug Cove are for Netflix TV series