Letter: How a lost ring made its way home

Dear Editor: Last week a miracle occurred on the shores of Bowen Island – or at the very least, an example of goodness and community that is perfect for these hazy days. The story starts at the beginning of summer.
Sep 21, 2020 3:30 PM By: Aaron Andersen 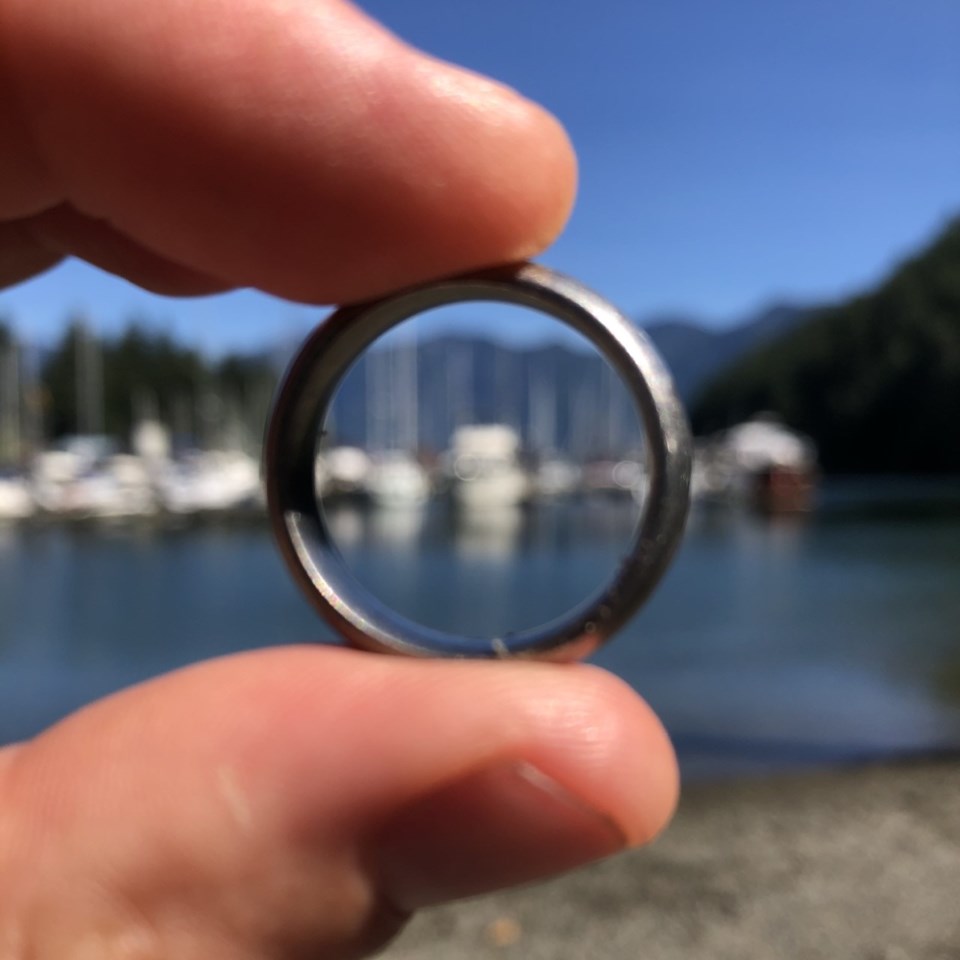 Lost in the ocean at the beginning of the summer, this ring made its way back to Aaron Andersen thanks to aCourtesy of Aaron Andersen

Last week a miracle occurred on the shores of Bowen Island – or at the very least, an example of goodness and community that is perfect for these hazy days.

The story starts at the beginning of summer.  I was with my three daughters at Tunstall Bay (we live in Vancouver but have shared a family home here since the 1970s) and we were enjoying one of the first hot weekends at the beach I’ve been coming to since I was their age.  They were frolicking in the ocean, and urging me to join them. So I put my book down, jumped up and with a shout ran into the ocean for my first dip of the summer.  As soon as I came up I noticed I was missing something. My wedding ring had slipped off my finger during that first splash. Honey, still with her book, was NOT impressed. For the rest of the afternoon we took turns diving under to search the ocean floor. The next day we returned at low tide and performed a detailed search of the now revealed rocky beach, to no avail.  After 15 years of marriage, I was convinced I had lost my wedding ring.  Despite the long odds, I put up a “lost my ring” notice at the Tunstall Bay Beach Club desk.  I even put out a call on Twitter and Facebook asking for help from anyone with a metal detector.  Days passed, and no responses, I figured it had washed away and was long gone.

Two months passed, and then one Saturday in late August, I received a phone call from an unknown number.  The caller introduced himself as Dan and told me that he thinks his daughter found my ring.  I described my ring, and it matched the discovered treasure.  He sent me a picture – sure enough it was my ring!  On Labour Day weekend as the summer was drawing to a close, we went over to Dan’s house to meet the young deep sea diver and pick up my ring.  Turns out Stephanie, who is 10 years old, is a big fan of under-water beachcombing and when she found the ring one afternoon, she shared it with her dad – and said we better found out who this belongs to. Dan got in touch with Toni, manager at TBCA, and she had remembered my story from weeks ago.  I was endlessly grateful and presented Stephanie with a thank-you gift.  Thanks to the goodwill of the Bowen Island community, my ring was matched and returned to me.

It was a miracle that Stephanie found this small ring, buried amongst the rocks and after weeks of waves and tides.  But I think the even greater part of this story is that Stephanie and her father were thoughtful enough to make the effort to return the ring.  What kid wouldn’t want to keep a sea treasure like that?!  It’s a true sign of integrity and goodness, and one that I know is shared by many on this wonderful island.