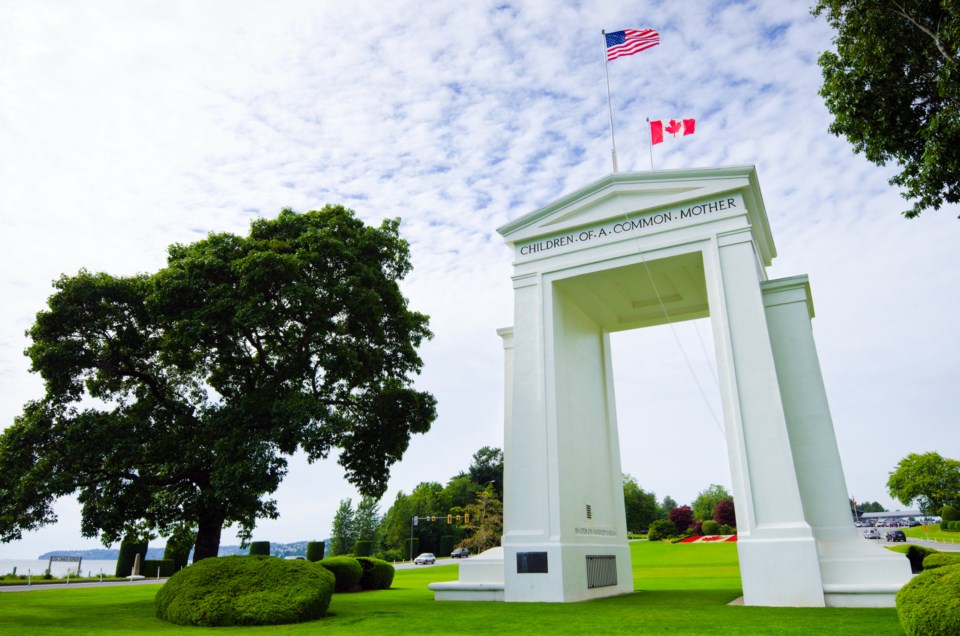 A year ago, the perceptions of Canadians on the United States hit a remarkably low level.

Only 32% of respondents to a countrywide survey by Research Co. and Glacier Media said they had a positive opinion of Canada’s most important trading partner, while more than three in five (62%) expressed negative views.

There was another element that made it easy to look down at America. Canadians have traditionally been more sympathetic to the United States when members of the Democratic Party are calling the shots at the White House. Donald Trump – a deeply unpopular figure in Canada ever since he announced his entry into politics – was running for re-election as the Republican Party’s presidential nominee and commanding plenty of attention in the media.

In December 2020, our semi-annual poll was conducted after Trump’s defeat in the presidential election but before the regrettable attack on the U.S. Capitol by a mob of his supporters. Canadians were starting to change their minds about America once they realized that Joe Biden would be its new head of state, with positive views on the United States increasing by 10 points to 42%, and negative perceptions falling by 11 points to 51%.

Half a year and millions of COVID-19 vaccine doses later, the numbers have shifted once again. The restart of full economic activity between the two countries, with the inherent benefits to Canada’s tourism industry, draws near. Statements and commitments on matters such as climate change and energy have been very different in the Biden administration.

This month, the proportion of Canadians who have a favourable opinion of the United States increased to 50%, while those with an unfavourable view of our southern neighbour fell to 40%.

The fact that the White House has a new dweller is largely responsible for this fluctuation. Sizable majorities of Canadians who voted for the Conservative Party (57%) and the Liberal Party (55%) in the 2019 federal election currently look at the United States in a positive light. One year ago, the numbers were lower: 47% among Conservative supporters and just 30% among Liberal backers.

The Biden presidency has not swayed all Canadians uniformly. While a majority of those aged 55 and over have favourable view of the United States (53%), the proportion drops slightly to 49% among those aged 35 to 54 and to 45% among those aged 18 to 34.

On a regional basis, Quebec is home to the largest proportion of residents who have positive views on the United States (60%, up an eye-catching 23 points), followed by Saskatchewan and Manitoba (53%, up eight points), Alberta (49%, down five points), Ontario (45%, up five points), Atlantic Canada (43%, down one point) and British Columbia (42%, up four points).

A majority of Canadians have a favourable opinion of South Korea (57%, down three points), and just under half feel the same way about Mexico (49%, down two points). India remains a polarizing country, with 41% of Canadians (down three points) expressing a positive view and 39% (unchanged) outlining a negative one.

The bottom spots maintain their usual occupants. Fewer than three in 10 Canadians hold favourable views on Venezuela (29%, down two points), Russia (28%, up two points) and Saudi Arabia (23%, unchanged). The numbers are even lower for Iran (17%, up two points) and North Korea (15%, up three points).

The People’s Republic of China deserves a special look. The country, which reached an all-time low favourability rating of 19% among Canadians at the start of 2021, gained a couple of points to sit at 21% this month.

Still, almost two-thirds (65%, down five points) continue to hold unfavourable views of China. Coverage of Huawei Technologies Co. Ltd. chief financial officer Meng Wanzhou’s trial may no longer be as prevalent as it was in 2020, but Canadians have not forgotten about the detention of Michael Spavor and Michael Kovrig, and 54% called for a boycott of the Beijing 2022 Winter Olympics over China’s human rights record earlier this year.

Results are based on an online study conducted from July 2 to July 4, 2021, among 1,000 adults in Canada. The data has been statistically weighted according to Canadian census figures for age, gender and region. The margin of error, which measures sample variability, is plus or minus 3.1 percentage points, 19 times out of 20.