OPINION: Here's where you can watch free TV in Canada now that we're social distancing

If you can put up with the ads, there's probably enough free TV in Canada to last you through the outbreak
Mar 14, 2020 5:34 PM By: Bronwyn Beairsto 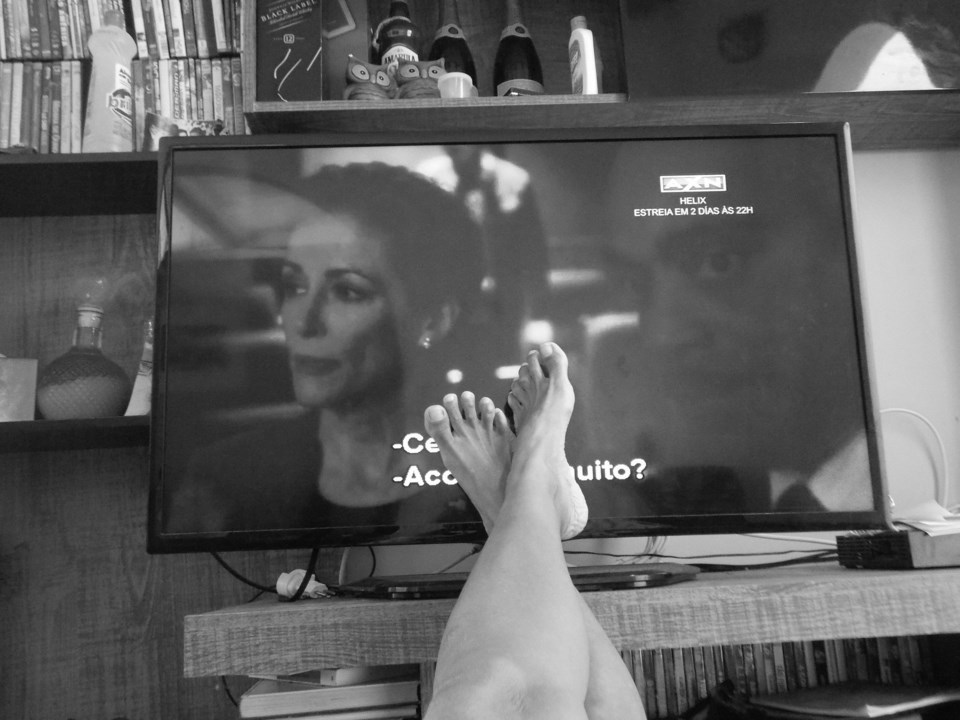 Finally, all the cool kids are staying home on a Saturday night. I’ve been waiting for this moment my entire life.

All joking aside, now that we're in the throes of COVID-19, to flatten the curve and protect the most vulnerable, we're practicing social distancing and self-isolation when necessary and are spending more time at home, probably watching a little more TV than usual. Several telecom companies are even pitching in, waving overage and roaming fees until the end of April.

As a millennial, I've never really had cable. But I do have a bit of a streaming subscription problem––at one point or another I've been subscribed to Crave (+HBO), Amazon Prime (+Stack, Super Channel and Starz), Disney+ and Apple TV (ask me and I'll rate them for you)––but I also like a nice dose of (legal) free TV. In Canada, there are several options for free streaming content (if you can put up with a few ads). If you’ve worked your way through Netflix’s selection, here are some more options:

There’s of course CBC Gem. It has paid and free plans and has movies, documentaries and TV. The app and site has newer CBC shows like Burden of Truth with Smallville’s Kristen Kruk and Rookie Blue’s Peter Mooney  (my grandmother and I have been known to binge-watch this one) or Anne with an E but also “retro favourites” like The Newsroom (this one has nothing to do with Aaron Sorkin), Made in Canada, Kids in the Hall and Due South. The free app also has non-CBC shows like Luther (with the incomparable Idris Elba), Wallander and Ronny Chieng: International Student. Or, you can also watch the news (but you have to pay for the 24/7 CBC News Network live stream).

On its website, CTV often has the most recent episode of a TV show with the back catalogue available through a TV service provider (right now my guilty watch on this site is Zoey’s Extraordinary Playlist, which is filmed in Vancouver). But, in CTV’s movies section, all sorts of free gems pop up. The selections are ever-changing so don’t delay if you see an intriguing movie. Among the current selection (which is quite large), you can catch Crouching Tiger Hidden Dragon, After Earth, A League of Their Own, Serving in Silence, The Fifth Element, Bad Boys, Godzilla vs. Space Godzilla (and other Godzilla films), Hidden Figures and Dirty Rotten Scoundrels. There’s also a “Throwback” section on CTV, which has shows like The Larry Sanders Show, Barney Miller, Strong Medicine, The Beast (starring Patrick Swayze shortly before he died), Community, 227, Charlie’s Angels, Dawson’s Creek, Fantasy Island, Justified, Just Shoot Me and T.J. Hooker.

There’s the ad-supported free streaming service Tubi. It has an impressive selection of TV shows and movies ranging from classics to more modern hits. One can watch TV shows like the Australian drama McLeod’s Daughters (season three is a tear-jerker), the classic western Bonanza, Blood Ties, Heartbeat, Tucker’s Witch, Family Affair, The Doris Day Show and Bridget & Eamon (the ribald Irish sitcom that is not suitable to watch with your grandmother). Movies range from Into the Wild, The Longest Yard and Blades of Glory to Pandemic, War of the Worlds 2 and the Excalibur Kid.

APTN has a limited selection of shows, movies and documentaries including Mohawk Girls (a comedy-drama series about four Mohawk women in their late 20s trying to find their place in the world), Blackstone and Hard Rock Medical (some also come in both English and French) on its website but more are available on its app (APTN lumi). The app costs $4.99 per month but there is a five-day free trial if something piques your interest.

Global TV has the most recent episodes of its current TV shows available but mostly everything else requires a sign-in through a TV provider. Among the shows you can watch week to week on Global are Carol’s Second Act, MacGyver (the reboot), Will and Grace (the last season of the reboot) and the NCIS franchise. Folded into the Global app are History, Food Network, HGTV, Women’s Network, Slice and Showcase.

While CityTV’s website seems to mostly require sign-in through a service provider, if you download its app, you can stream live TV and the most recent episodes of TV shows like Brooklyn Nine-Nine, Mom (featuring Allison Janney and Anna Faris), General Hospital, Chicago Fire,  Hudson & Rex, Lincoln Rhyme and the Bachelor.

The National Film Board has more than 3,000 films one can stream on its website. There are shorts, like the recently released Stories are in our Bones, older films like My Urban Garden (1984), sports films like Gone Curling (1963), animated films like The Tesla World Light (2017) and obviously thousands more. For a fee, one can also rent or buy films to download (rather than stream).

What other places can one find free TV in Canada? Let us know.