Eelgrass planted in Mannion Bay has shown more than 100 per cent growth, so Bowen Island Municipality and SeaChange want to make sure it survives
Carla Skuce / BIM parks and environment coordinator May 13, 2021 2:56 PM

On a yellow-tinged, hazy day last summer, Bowen volunteers braved wildfire smoke and a pandemic to prepare eelgrass shoots on Pebbly Beach for divers to plant on the sea floor of Mannion Bay. They were taking part in SeaChange Marine Conservation Society’s Salish Sea Nearshore Habitat Recovery Project, an initiative that has delivered educational programs, marine riparian restoration and underwater debris removal on top of the thousands of square metres of eelgrass planted. 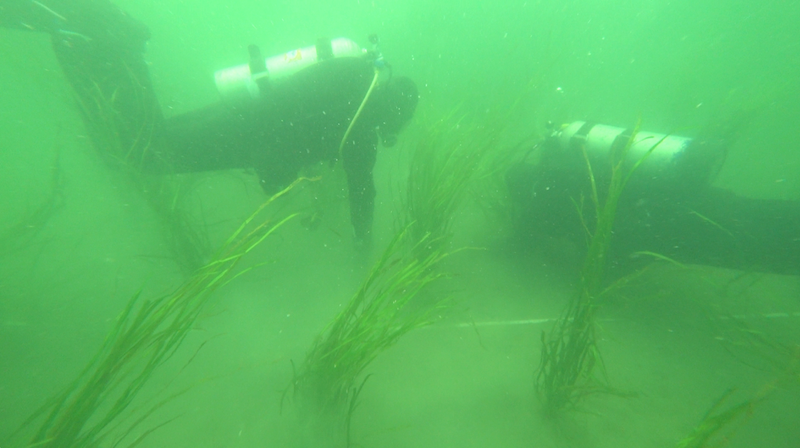 The importance of eelgrass meadows should not be understated. More than 400 species use this fast-declining ecosystem for habitat and refuge. Eelgrass meadows are where plankton thrive, seabirds feed, Pacific herring lay eggs and Dungeness crab seek shelter. Even orcas benefit by feeding on the salmon that were reared in eelgrass meadows.

Eelgrass also mitigates climate change by absorbing carbon dioxide and helps combat ocean acidification. It protects coastlines by absorbing wave energy of coastal storms and cleans water by trapping sediments and pollutants. Even the bacteria in eelgrass meadows have been shown to help prevent algae blooms.

And for the fiscally minded who still needed convincing, not only do eelgrass meadows support healthy commercial and recreational fishing industries, studies also estimate that each hectare of seagrass in the Salish Sea provides $87,000 in ecosystem services. 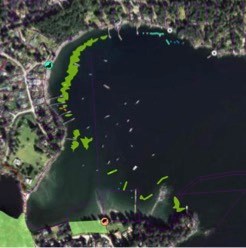 Eelgrass inventory completed in 2014 by Islands Trust helped determine buoy placement. The no anchoring zone protects the largest meadows in front of and south of Pebbly Beach. By Courtesy of Bowen Island Municipality

The Mannion Bay eelgrass planting has shown more than 100 per cent growth since September 2020 but human activities threaten its survival. That is why Bowen Island Municipality has collaborated with SeaChange to install informational buoys delineating a voluntary no-anchoring zone. You can help by spreading the word about this voluntary and grassroots stewardship initiative and by keeping boats away from the eelgrass habitat and anchoring in deeper waters.

This voluntary no-anchor zone is the first of its kind on the Canadian side of the Salish Sea and designed based of successful initiatives in Puget Sound. If successful, this stewardship model may spread throughout other bays along British Columbia’s coastline and contribute to greater holistic protection for this critically important marine plant. 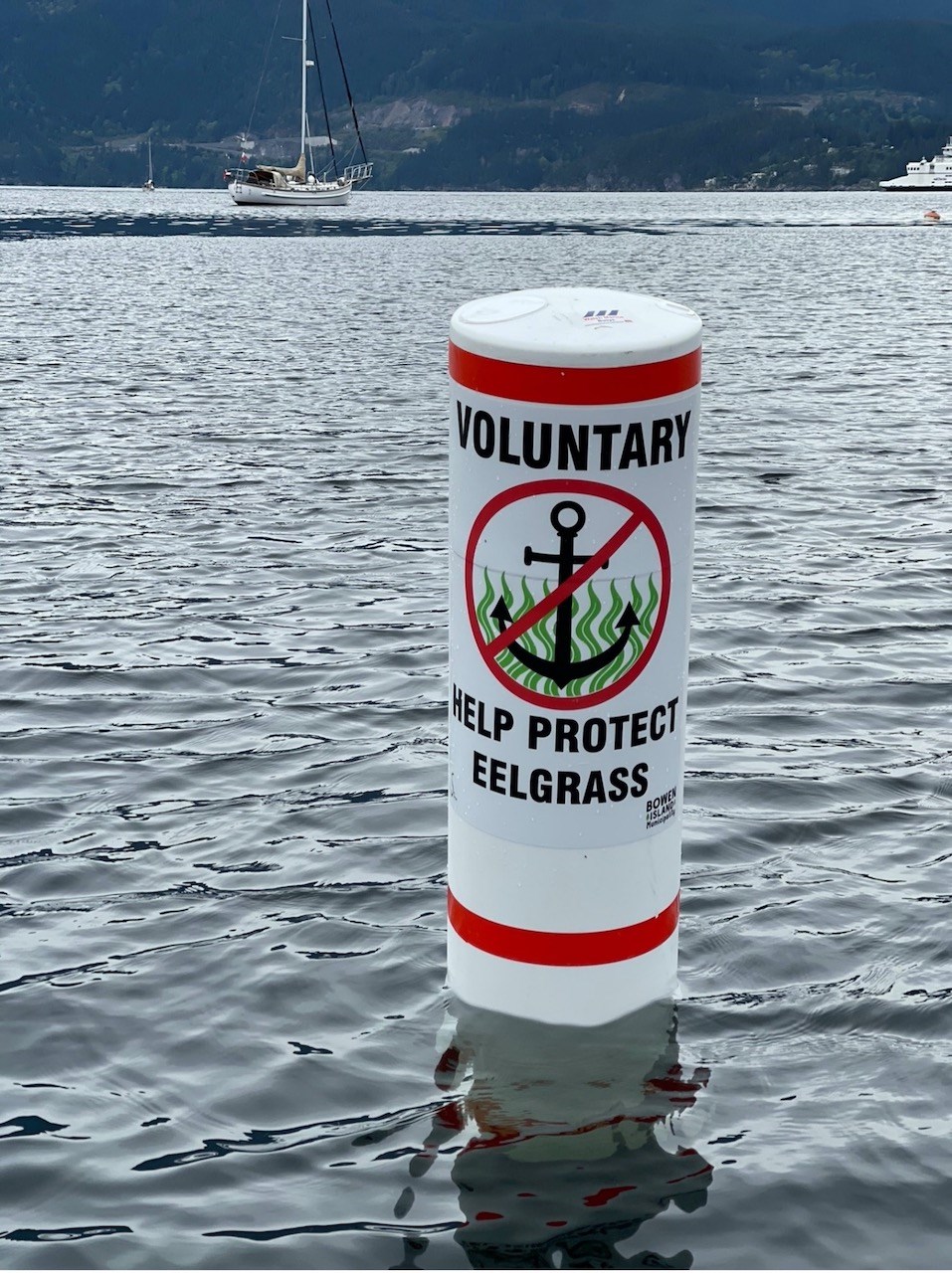 For more information, or to learn more about eelgrass friendly moorings visit the SeaChange website: seachangesociety.com/ and watch Bob Turner’s video “Restoring our Eelgrass” on YouTube.