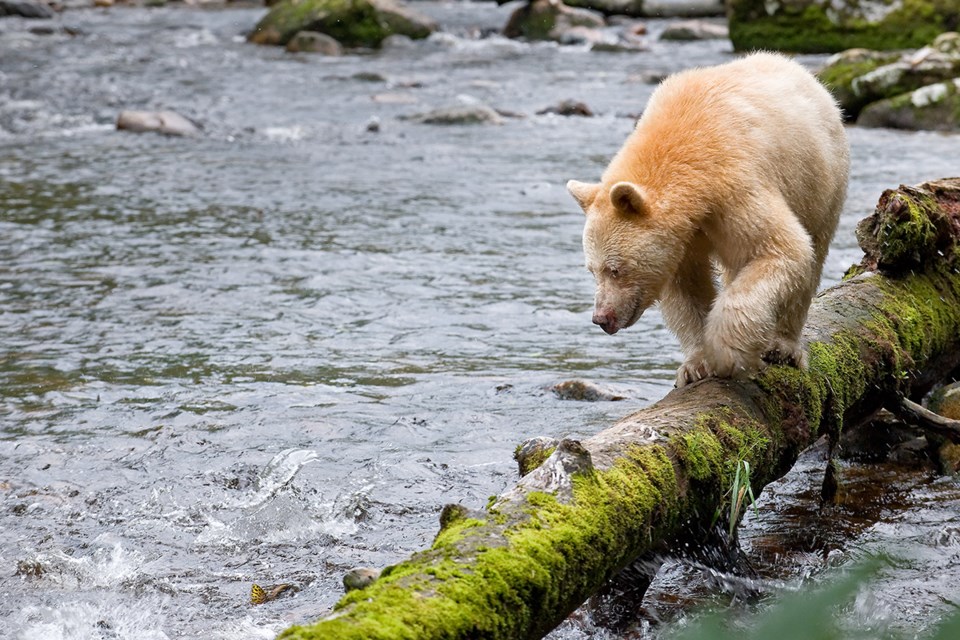 Andrew Wright was at a fork in the road. He’d finished the English equivalent of high school and wanted to pursue photography.  Andy, as he prefers to be called, says his dad advised him to pursue engineering and to “work hard now, play later.” It’s a good thing that the British teen listened to his dad.

He’s now a Bowen Islander with a Doctorate in Microwave Engineering, numerous peer-reviewed research papers under his belt, and he’s been awarded more than 50 patents. His expertise contributed to the evolution of cell phone technology. ”We were building the deep infrastructure of cell phone networks,” he says, adding that he “doesn’t miss it a bit.” for he is loving a second career as photographer.

A colleague describes Wright as “a brilliant scientist,” along with a string of other accolades including: “compassionate environmentalist and humanitarian,” and someone who helps start-up businesses as angel investor. Wright brushes aside the attention, insisting that it’s the other people who are hands-on, day-to-day, making things work, that deserve the credit.

Though Wright was brought over from the UK by a recruiter when NAFTA triggered a Canadian brain drain into the US, Wright brought more than engineering into the country. He quickly become a champion for causes ranging from inner city science education for neighbourhood kids, to improved land-based salmon farming, and conservation of the Great Bear Rainforest. His photography of the Khutzeymateen grizzlies and the Kermode bears, are part of the “Wondrous” show held at Science World to celebrate new conservation laws that now protect the Great Bear Rainforest.

As evidenced by “Wondrous,” Wright has made his way back to photography, his original passion, but it came about in the roundabout way that so often happens.

In ‘95, Wright and a partner decided to set out on their own to build intellectual consultancy “and solve other peoples problems…We thought we’d be OK if in 20 years we’d be able to buy a house.”

With the support of two other islanders who invest in start-ups, Haig Farris and Rudy North, the business took off. “They really put a fire under it. I will be forever grateful to them for supporting our business,” says Wright.

Feeling “honour–bound” to give a hand up to others, Wright set up a family foundation, The Willow Grove Foundation, to support conservation and downtown social projects.  Science World, co-founded by Farris, approached him for support. “When I was growing up, if I ever got bored, my dad would tell me to go to the garage and find some junk and build stuff.” He says that the kids in the neighbourhood around Science World don’t have the opportunity to muck around in a garage, experimenting and making things.  It bothered Wright, feeling that the neighbourhood kids might never walk into Science World. He told Science World he would help, “but only if they would start a program for the inner city kids.”

Since that discussion 16 years ago, the resulting Science World, “Super Science Club” has been leading after-school science and technology activities for inner-city students in grades 1–7. Wright hopes that the program, now spread into a dozen schools, will have inspired at-risk children to get excited about science and technology and maybe continue to pursue and education in science

Wright gives kudos to the science teachers and other professionals who work hands-on with the students.  “That is the real “wow” of human endeavor, the folk that see it through.

Wright is an alter ego to all the pop-star personas of angel investors, and high tech insiders. At the moment, he is driving a borrowed pick-up truck. He is approachable and casual. His manners, humour and colloquialisms are quintessentially British. He prefers to be behind the camera instead of in front of it. Wright appreciates the beauty in the world around him and believes firmly in taking action to support the delicate balance that allows the natural world to flourish. His family Foundation has helped to fund social and environmental initiatives, including salmon conservation, but he also provides technical advice for closed-containment salmon farms.  The Foundation was also one of the supporters of the campaign for federal protection of

The Great Bear Rainforest. The area is home of the rare Kermode bears, a white subspecies of American black bears.

The 64,000 square kilometres of rare coastal temperate ecosystem spans from the northern tip of Vancouver Island to Alaska. It is remote and wild, and until this spring, it was unprotected. Now, 85 percent of the region’s old-growth forests are protected, with logging in the remaining 15 per cent.

Wright says that one of the biologists studying the Kermode bears told him that he should come up and see the bears, having been such a keen supporter of the conservation work.

Without hesitation, Wright was on his way. In total, Wright ended up making ten visits, taking pictures of the bears and their habitat.

Wright says he grew up in inner London watching David Attenborough’s documentaries, “never thinking I’d ever get to see any of that” and yet there he was, for 100 field days in the Great Bear Rainforest.

One day Wright was watching from a viewing stand used by bear-viewing businesses. “I got permission to get into the river,“ but it was a long wait until a spirit bear started coming down the habituated trail. He says that the coastal bears in that area are exceptionally well fed from salmon. He says the bear, following exactly in the footprints of the bears before it, looked over as if to say “oh, you lot, again,” and carried on with her life deciding that Wright was neither food or danger. “Most animals look for threats or opportunities for food.”

Wright had spent a total of eight minutes with the Spirit Bears out of 100 days in their territory, and he feels exceptionally lucky to have done so. But on his last visit with his twin girls “A spirit bear spent eight hours with us one day. At one point she caught a fish and taught her twin cubs to strip the fish right beside us.  Quite the Day!” On another occasion, in an estuary north of the Khutzeymateen Grizzly Bear Sanctuary, only the ears of two males facing each other showed above the tall sedge grass. “There was huffing and bluffing as the bears circled each other, we expected The Clash of the Titans.” He says the two grizzly bears finally met, stood up and went for each other. They gave each other true bear hugs and rubbed cheeks, their markings indicated it was two brothers reuniting. “It was a marvelous moment,” says Wright, adding that the accompanying very experienced bear biologist had never seen a true bear hug before and was moved to tears.

Wright is clear that he does not advocate for close encounters with bears. “Just like with people, you can have psychotic, sick, very hungry or simply grumpy bears,” and bear-viewing companies keep tourists at a safe distance.

In the bear-viewing area, the female sows have learned to use tourists for protection from the males who will kill the cubs. The males won’t go near the tourists, so the females “face away, instead, keeping an eye out for the boars (males).” Wright says that on one heart-breaking occasion, he arrived within seconds of a male killing a cub. “The mom was barking in distress, trying to find her cub.” The picture of the bear, who he calls “Forlorn,” has since become a metaphor for the region that is struggling against destructive forces from all sides; from hunting to pipelines.

With the Federal government still handing out hunting licenses, “There’s fewer bears every year.” As for trophy hunting, which still goes on in the territory in spite of a ban by first nations, Wright is frustrated with the “outdated” concept that hunting brings in more money than conservation, or that killing the alpha males as trophy animals is beneficial because they have already spread their genes. “The science is clear, most grizzly populations have been overhunted and are in decline. In this day and age, trophy hunting is an anachronism. The hunters get pure pleasure from killing. They don’t eat the grizzlies, there’s too many parasites..” He continues, “The six bear-viewing companies in the area do six million dollars a year. You can shoot a bear over and over again with a camera.”

Wright is also concerned that there is no marine protection “which is vital, biologically, and one off the few places exploding with life… We need layers of protection.”

Wright plans to continue to work toward better conservation practices, and feels “blessed to be able to spend time experiencing these last wild places and to have authentic interactions with other human cultures. “ He describes sitting in one of the first nations smokehouses on the coast with the grandson of the elder who built and first smoked fish there. He says that it’s these authentic moments, in a world full of artifice, that are “soul satisfying --You can’t write a cheque for those moments.”

Andrew Wright’s upcoming personal project will be a book on his experience traveling from the tar sands in Alberta to the Great Bear Rainforest following the Enbridge pipeline.

-Wondrous – The Forest and the Sea of the Great Bear Rainforest is a collection of photos, videos, and audio recordings of the marine and terrestrial ecosystems assembled over nearly a decade by researchers and artists.