From field to fork and tank to table 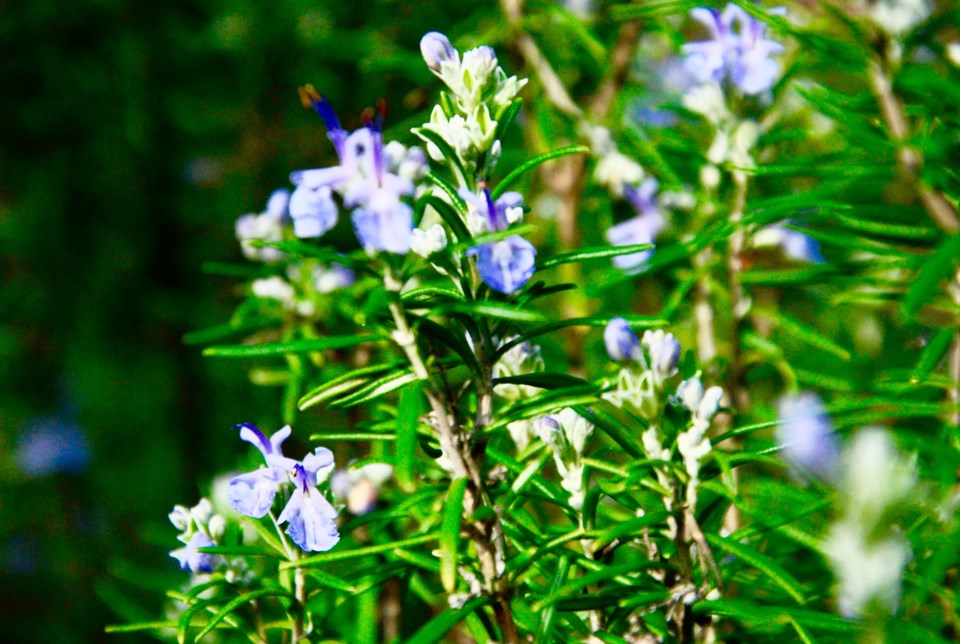 have a beautiful home perched

high above a lake, facing across to

mountain views. Before the land

drops down to the lake, the land

has been built up to hold soil in

fruit trees and a hot tub.

It’s an idyllic October day and

a metre tall are still in bloom just

outside the doors of their bed and

grafted so that they bear five types

of pears. There’s also apple and

Italian plum trees. They have pots

and planters too with onions, and

parsley and even some flowers.

If you take a look in your cupboards

and fridge, you may notice

that your food will have travelled

table. The Pinot Grigio is from

Italy; the Brie is from France, the

The downside of great food and

drink from around the world is

to the processing, packaging and

shipping of consumables from all

over the world. On the flipside,

for gardens makes it easier to grow

what we eat and drink. .

David and Heidi can get food

from field to fork in less than 10

km. The couple and their kids are

part of a community-supported

of that community help out on the

sometimes enough left over to sell,”

The family even have their own

chickens and an apiary on the community

farmland. This year, however,

the bees only made a small

amount of honey, possibly due to

“any honey in the hive is food the

bees will need for themselves for

Demner and Kuhrt address their

own heating issues by incorporating

even on cloudy days providing hot

water for the whole house, including

“It’s much more efficient than

photovoltaic in this climate,” adds

metal panels with a liquid running

through. “As the liquid heats up,

it turns to gas, the gas goes into a

compressor and is squeezed back

into liquid. Heat taken from the

gas gets concentrated and heats the

“So, a heat differential system

means that it can generate heat if

the day is sunny and cold but not

really cold and no sun.”

On this day, it’s sunny and the

panels have no problem capturing

heat. The warm fall weather has

The family is still pulling up a

pots and planters around their

home. For Demner, that still isn’t

“When we moved in we had

some open deck space and I wanted

to put a green house there for

a system that grows plants

without the need for soil but is

heavily reliant on fertilizing. Then

he heard that someone was selling

who has an engineering background,

from thinking about a greenhouse

on the deck to bringing home a

Downstairs, in an unfinished

part of his basement, Demner set

up a series of five tanks. Two large,

with a board suspended over the

water, The board had loonie-sized

holes in a grid and plants fill each

hole in the grid, dropping their

roots, while the rest of the plant is

suspended, down into the water.

hot peppers and cabbage in this

case, are tall and lush.

Demner explains that the plants

absorb the nitrogen from fish feces

in the water, by doing this they act

to flow back to the four bubbling

The tanks themselves range in size

and shape from tall rain barrel to

and there’s also no damp or

The tilapia in the tanks are a dull

grey fish with a mild flavour. The

fish are usually purchased from

growers as fingerlings, and then

grown to plate-size within the year.

“We’ll have friends over for dinner

and pull out three fish for a

meal, maybe once a week,” says

From the time the fish are pulled

from the tank it takes around 25

minutes from tank to table, with

on the side. Now that’s fresh.

In spite of having both a home

office and a B&B business on site,

abundant local variety of foods and

flavourings, the family still feels the

need to head to the mainland for

some items and yes, some of those

things may come from far away.

Demner and Kuhrt are still miles

ahead of most in their commitment

eating locally. For most, being a