Locals are having to leave the island 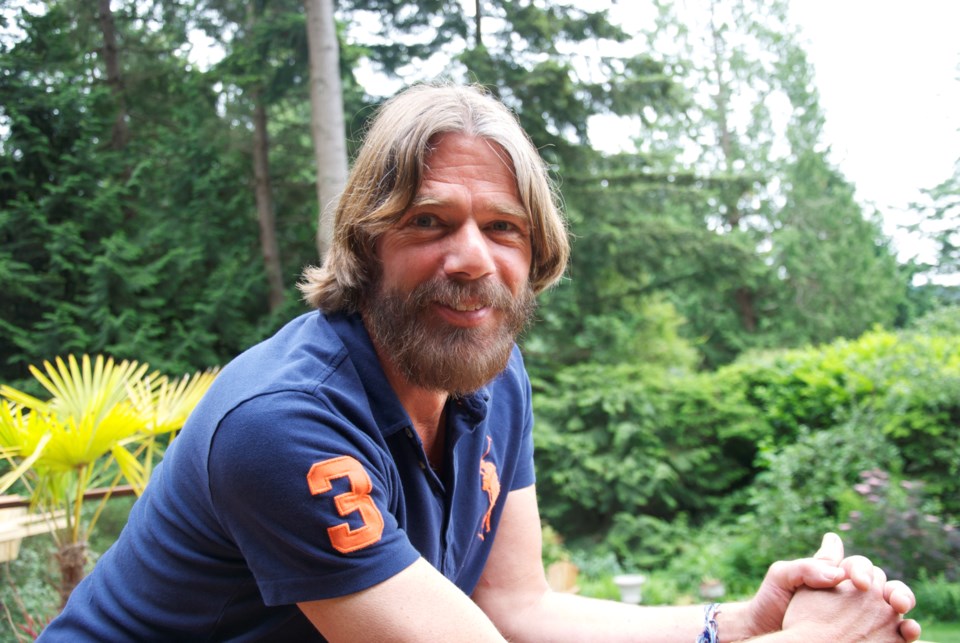 Joe Sielias once bought a house from the Queen, and has the signed papers from the sale to prove it. In the Netherlands the royal family owns properties which they lease, occasionally selling off a farmhouse. “The house was in the royal family forever,” says Joe. He has a picture of the Dutch Queen and her husband in the house from when it was still in the royal family. Now Joe and his family are in a house on Bowen, uncertain if they will find anything they can buy, or rent, as the home they have been renting for six years sold last week.

Joe and Andrea have a son, Flint, who was born in that house in Holland. They also have businesses, friends  and a community where they feel very much at home. “I grew up in a small community like Bowen and wanted to find that for my son,” says Sielias . “We wanted a place where we would feel safe, where every body knows each other and you go into a store, and know the people. – Where you share so much in common. That’s already gone in the Netherlands.”

Joe’s story goes back to Apeldoorn, where he and his brother helped their mother maintain their home while their dad was away with the military. The brother’s took on all the odd jobs that needed to be done around the house, learning valuable skills that would impact Joe’s future. For the time being, however, Joe went to university and got a degree in journalism but quickly shifted out of that pursuit to join the Dutch Railway.

Sielias describes his job as a young man, maintaining the peace on the trains. “Canadians are polite, but in the Netherlands there was a lot of fighting and violence on trains.” The railway decided to hire men like Sielias to act as Special Agents. These  men were on the trains and at stations like undercover police, there to keep the peace and manage any rowdiness with the authority to make arrests.  Sielias says the decision to hire Special Agents came after two train conductors were thrown from speeding trains. “There were stabbings, fights, and someone was killed.” He learned quickly to pick up the behavioural nuances suggesting a potential threat, and learned how to stay safe, and lower the tension in situation. He began going to schools to talk to kids to help them gain empathy and awareness of how their destructive behavior affected others. “These kids would burn buses for fun.” Sielias gives you the sense that he would be unflappable and calm in this situation. Usually the tall lanky man is quick with a joke and a smile, but right now with his future beyond his control, his normally laughing eyes have a different look.  He looks troubled, but covers it  with his aptitude for storytelling.

He describes how working in the schools acted as a stepping stone into teaching troubled kids which led to a second degree, this time in Social Work.  For the next eight years, Sielias tried to inspire real change among troubled institutionalized teens. “I worked at an institution where minors were forced into treatment. It was like a prison with killers, rapists, arsonists.”  He says the people at the institution had miserable lives growing up, and working with them was exhausting. “For eight years I lived with them. I learned to be very patient, to accept small slow steps.”  As the troubled teens learned from their mentor, he also learned from them. “Finally, I ended up teaching at the school on the grounds,” says Sielias. ”I taught kids 16- 18 with behavior problems for 10 years. Andrea, did it since she was 18,”says Joe, referring to his wife. “She went to families to offer help.” Sielias says by the end of his time as a special agent and social worker he was drained.

He also found it difficult to abide by the slow timelines required for results in this kind of work. “I want to see results, and that work took years and years with no end point  --and then only five to 10 percent made it back out to live a good life.”

In addition to their work as psychologists, the couple also worked on their home. They bought run down places with no electricity, lived in them while fixing them to sell. They worked four days a week as psychologists, three days in construction. “With construction, I liked the process of seeing fast results,” says Sielias. By the time they found the queen’s house, they were ready to start a family and after years of trying, Flint was born.

The two decided it was time for a change. They wanted their young son to have the kind of wide open future they felt was available in Canada. “In the Netherlands everything is taken care of for you, from the cradle to the grave. Everything is organized and planned, there is no flexibility.” Sielias describes a school system in which kids in kindergarten are tested for aptitudes and the child begins to pursue the education best suited to their aptitudes. At 12, kids go for two days of testing. The results determine where the child can study, what they can study and what they will do for a profession. “The families are so stressed before that test,” says Sielias. “There’s more to life. You should be able to trust experience more. In Canada, you can go anywhere, become anything, as an individual, and as a country.”

Andrea lived in Canada in her early 20s and like her husband, grew up in the country. “We drove across Canada twice,” says Sielias. “We stopped in every small town, talking to the locals, trying to get a feel for the place.”

When they decided to move to Canada, luck was with them as Canada had short-listed Psychologists for immigration.  They bought a house in PEI and Joe relearned how to do homebuilding projects with a different electrical system, an imperial as opposed to metric system, and all different materials. He worked on the house with Andrea for one year, after which they sold the house to a man from Bowen Island.  The west-coaster, upon hearing that Joe and Andrea were looking for a small town in which to raise their son, asked them if they’d ever heard of Bowen Island.

The family took his advice and flew from PEI to Bowen. They arrived on the island and knew they’d found their home.  That was seven years ago. “People thought were crazy to leave the Netherlands. I cam here and was making five percent of my income from before, and now I still only make 50 per cent of what I was making, but I don’t care. When we decided to come here, we didn’t see it as risk, we saw it as opportunity.”

Joe and Andrea built businesses in small home maintenance and landscaping or gardening jobs, along with a fencing business called “Friendly Fencing.” – the whole product is environmentally friendly All the wood is salvaged, no trees are cut and it’s hand made with the recycled wood. What Sielias really likes about his work is that he is always able to innovate, and be creative. He says that with many of the seniors that hire him, he is helping them stay in their homes. “That’s important work,” he says, “and there is going to be more demand for handy work for assisted living.” “We want to help people stay in their homes.” He adds “there’s a big social factor to the job, we aren’t just building, we are building connections.“

The home that Joe, Andrea and Flint are living in, sold with a fall closing date. They need to find something to buy or rent, quickly. “I just want to be here, on Bowen. We are still hoping for the best.” With that, he smiles and is off to see a customer, and to continue to build connections.