Running away with the Cirque du Soleil 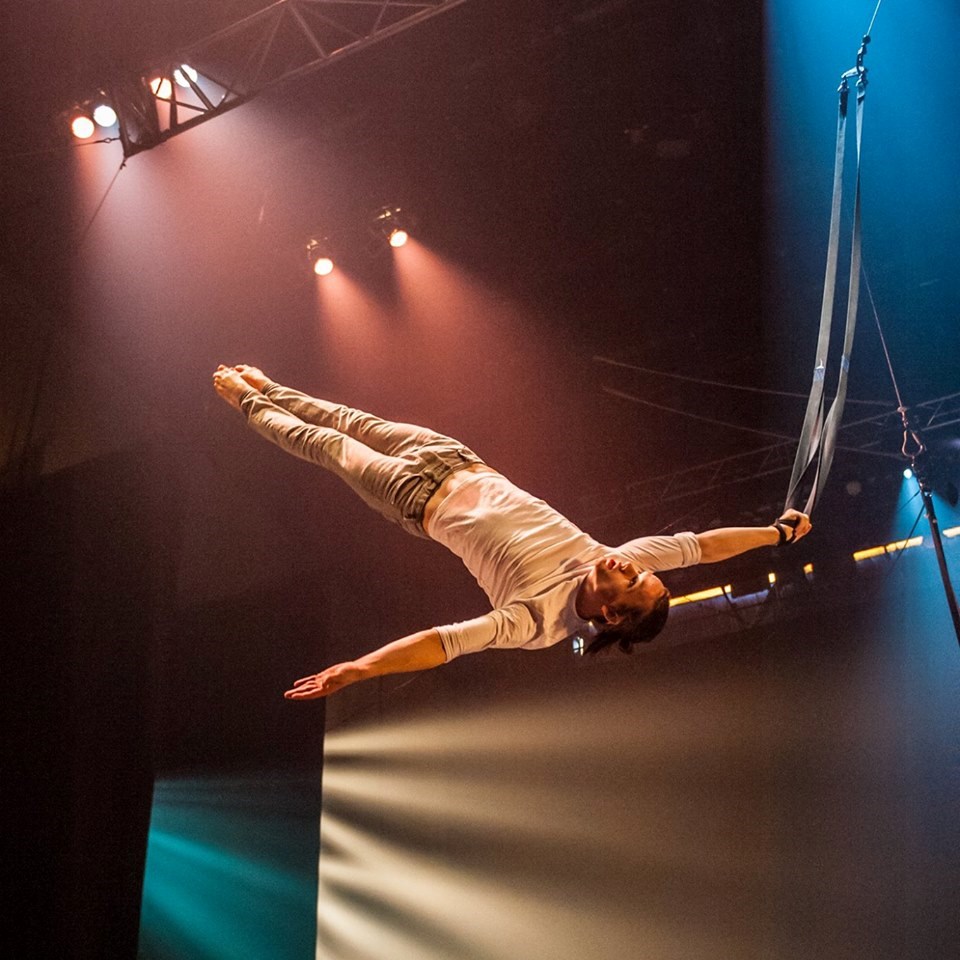 Running away with the Cirque

He moves through space quick and agile, rising, dropping, through the air like a cross between a colourful hummingbird diving through the air and a playful otter.  There is no other land creature that moves like this. There are few humans who can move like Benjamin Courtney. He has trained most of his life to become a professional acrobat, and now, the young man will be performing in the new Cirque du Soleil show, Luzia, A Waking Dream of Mexico, that opens April 21 in Montreal.

“I started doing gymnastics with the Bowen Island Gymnastic Club when I was four,” says Courtney the Montreal apartment he shares with a friend. “ I trained at a few different gyms and then got tired of gymnastics. I found Circus West, the circus school and started doing acrobatics. It was great.” At the circus school Courtney could ride unicycles, hang from a trapeze, tumble from straps dangling from the ceiling.

From there on in, Courtney trained as an acrobat in East Vancouver though living on Bowen, and going to school in West Vancouver. Like a true circus performer, Courtney became adept and juggling all aspects of his life, between commuting, school and athletics.

Building on his gymnastics training, he added acrobatics, and built up his strength, flexibility and precision.  Along with all his training, he was acutely focused on improving his skills and had the drive that would shoot him into an audition for the National Circus School when he was 17.  The school set up auditions in Vancouver  “but,” says Courtney, “I didn’t really think I had a chance.”

The try-outs lasted three hours where he was asked to give the circus the best performance of his life.  He did push-ups, chin ups, handsprings, answered questions, showed his confidence and stage presence.

To his happy surprise, the teen was invited to move to Montreal to begin training.  “At first I lived in residence at the school,” he says, adding that there was so much to take in and learn that there was very little time to be homesick. The Circus School provides academic training along with circus training, and food and accommodation.

The first year in Montreal was a trial period for the athletes and Courtney adapted easily from his quiet home life on the island to life in the circus. “Most of the other people in the Cirque don’t speak English, and some don’t speak English or French, but we are like a family.”

Courtney trains with coaches for various parts of his performances, from the acrobatics to the choreography and sometimes, acting. “I have a couple characters,” who he says he will portray in the upcoming Cirque du Soleil shows. The Cirque du Soleil first made it’s mark in the world of circus performances in 1983, with a character driven show, completely eliminating animal performers.

With the Cirque, though he has trainers and specific characters, “we are encouraged to go outside the box, to push boundaries.” Courtney says that creativity and imagination are key to the success of each performer. “We don’t have names for our moves, like a front roll in gymnastics because we are always creating new movements.”

Though he can’t talk much about the upcoming Cirque show, he says that there is a water element, and that it’s a Mexican theme. Otherwise, the performer is tight-lipped. Luzia will not open in Vancouver, but will go to Seattle this summer. Courtney’s mom Julia says she’s never missed an Opening of her son’s shows, and she’ll be flying out to Montreal for Opening night. “I couldn’t have done this without all the support from my parents,” says Courtney.

Ben Courtney says that kids should never be discouraged from following their dreams. “If you aren’t doing what you love, you aren’t really living.”