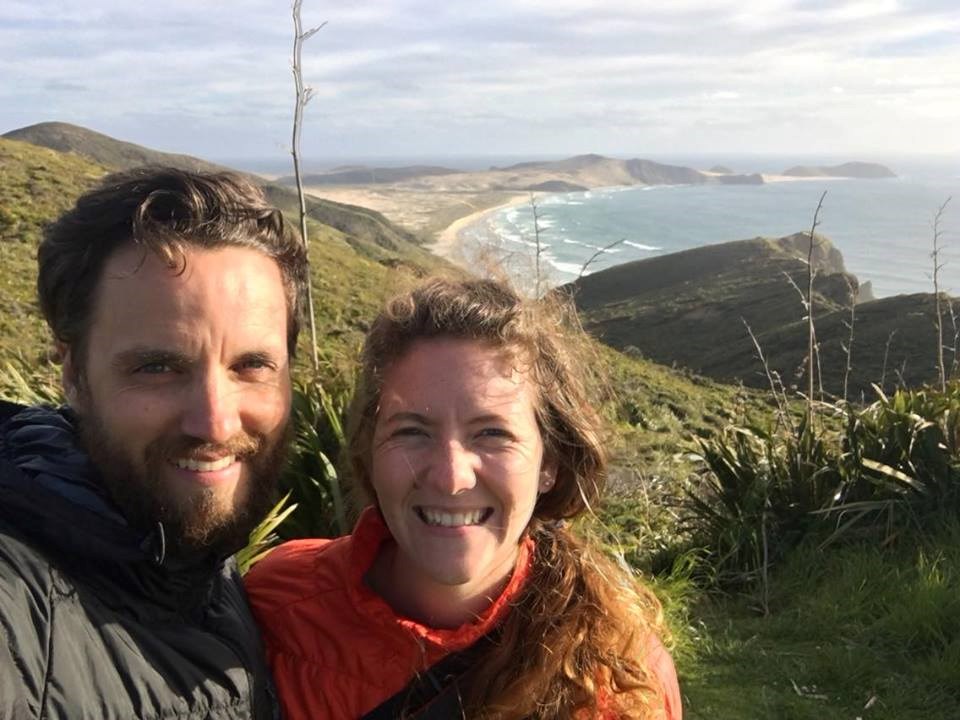 After two years of what they describe as “plotting, scheming and saving,” former Island Pacific School teachers Bronwyn Churcher and Christian McInnis departed on a global cycling and farming adventure on Aug. 24, 2016.

Since then, they have spent two months in Japan and one month in New Zealand. They’ve biked 3,200 kilometres and are currently living on their fourth farm (in the Waipara wine region just north of Christchurch). The experience, they say, is inspiring them to one day run their own permaculture-based organic farm. Here are a few snippets from their adventure so far as posted on their blog onlyamazingdays.com.

So it’s been two days since our last update and, yes, we are still biking and, yes, we survived the typhoon that hit Japan! If you weren’t already worrying about us after hearing about it on the news, Typhoon Lion Rock (or Typhoon 10 as the Japanese have called it because it is the record 10th typhoon to hit Japan this year) hit landfall around 7 p.m. on Monday night, but we were ready for it. If you saw our video on the “michi no eki,” that is actually where we ended up sleeping that night. Out front. Inside our tent. In gale force winds and rains.

By bungee-ing our tent to some pillars, we at least knew we wouldn’t fly away but were still worried that the walls around us would be ripped off. Needless to say, it was a pretty exciting if not restful night. We weren’t the only ones holed up at the rest stop at least, and made a new friend, Takeo Machiyama, who was on his 30th day of cycling around all of Japan in four months, clocking 100km+ days and making us feel very slow and inexperienced in comparison!

Did you know that Nara is considered a National Treasure to the Japanese? Rightly so: it’s full of ancient temples and palaces and was once the capital of Japan.

Did you know that this “national treasure” status also makes it illegal to camp in the wild anywhere in the parks?

OK, to be fair, we were warned that camping in any of the Nara parks was, in fact, prohibited. But we were nonetheless surprised to find a police officer knocking on the outside of our tent after we set it up in a really remote corner of one of the parks. None of the parks up until this point had been monitored by police! And we assumed that since we were in an area roped off to car traffic and away from any major temples, we would be okay.

We were wrong. Mea culpa.

Here’s how it all went down. We spent more time in Nara getting ready for the next stages of the trip during daylight hours than we had anticipated, and so when night time rolled around and the crowds of people had left the parks, we figured we would subtly roll in and camp in a discreet corner, and leave no trace we had even been there when we exited before daybreak the next morning.

We lasted about two hours in that tent, but get this: there were wild deer and some wild boars roaming around us! The deer in Nara are famous – most people know about them and make stopping to see them a part of the visit to Nara. But when I heard the wheezing grumbling sounds happening near our tent – wheezing and grumbling like no deer I had ever heard – I had to pop out and witness the family of swine running off at the sound of the tent zipper. Bronwyn, as you might expect, was completely freaked out at this point.

So if was probably a relief (at least, in some corner of her mind) when a police officer gently evicted us from our wild camp. He would point out, as we had been warned, that camping was prohibited because the whole park area is a national treasure to Japan.

He was really, really, nice about it.

The next morning at around 4:30 a.m., Bronwyn proceeded to ask me if I was awake until I was actually awake, citing restlessness and excitement for her actual birthday time as the reason for waking me up. I tried to do the mental math in my grogginess: it would be about 10:30 a.m. back in Ontario where Bronwyn was born, but she wasn’t actually delivered until 2:30 in the afternoon, so I still had time to kill. There was no convincing her of that, so we got out of bed and went for a walk.

There was nothing for breakfast open at that hour, but it did give us some time to head down to the beach and watch the sun come up over the Pacific Ocean. I set up the GoPro to catch the sun coming up and got a simultaneous timelapse on my phone.

It was glorious: the sun came up in the most dramatic fashion I have ever seen and we were treated to a private sunrise. And I had maybe the most amazing day so far.

We managed to get in touch with my parents to let them know the good news, and my three younger brothers (all of whom had been through the engagement process before me) learned of it in the lead up to the actual event. We managed to get Eva on FaceTime, but before we could tell her about our engagement, a snowstorm on Bowen Island caused a power outage. She kept her left hand out of the frame for the entire call, we were just about to tell Eva when we lost the connection.