TORONTO — Singer-songwriter Paul Humphrey, whose Hollywood good looks and theatrical stage presence commanded attention as the frontman of 1980s new wave band Blue Peter, has died at 61.
Apr 8, 2021 6:16 AM By: The Canadian Press 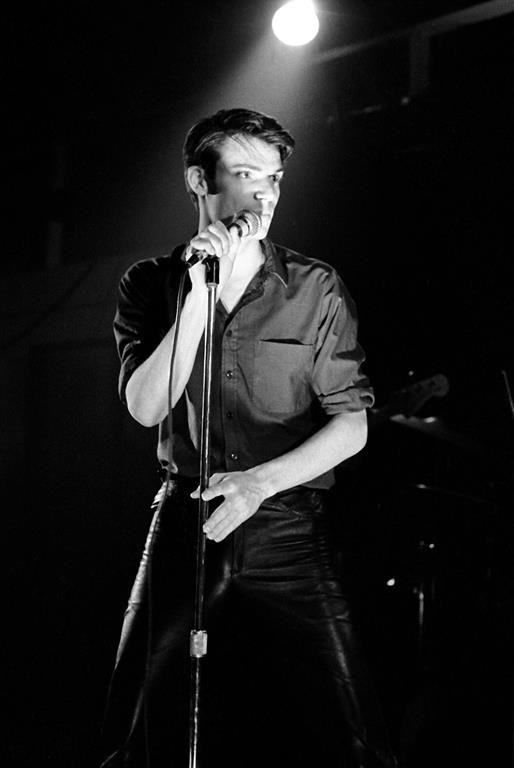 Bandmates of the Toronto performer said Humphrey died on Sunday after a long battle with multiple system atrophy, a rare degenerative disorder.

Although Blue Peter was not a household name, the band was deeply influential to a generation of Canadian listeners who were attuned to the new wave scene that reverberated through the post-punk era.

Their music video for "Don't Walk Past" helped usher in the glory days of MuchMusic while Humphrey's stage persona was punctuated by improvisational storytelling and dance moves — years before Gord Downie would adopt similar characteristics as the frontman of the Tragically Hip.

Bassist Geoff McOuat, who played in Blue Peter from the late 1970s until 1981, said Humphrey took inspiration from an array of sources, whether they be classic film noir or the icons of popular music.

"He had been influenced by Frank Sinatra's presence as much as he had by Elvis Presley's," said McOuat, who had known Humphrey since elementary school.

"Of course, he had a certain look that was a bit Bryan Ferry and moves that were a bit David Bowie."

Some of these characteristics weren't so obvious when Humphrey joined Blue Peter in high school, on the insistence of McOuat. At the time, Humphrey was a ponytailed flutist with glimmers of some big potential.

"He could do things that other frontmen couldn't do," said McOuat.

"He appeared to be more slick, more professional, more in command of the situation."

After a brief stint at York University, Humphrey dropped out of the theatre program and agreed to invest more seriously in Blue Peter's future.

The band caught the last gasps of the punk rock explosion on their 1979 EP "Test Patterns for Living" before easing into the synth-pop scene with "Radio Silence" in 1980 and "Up to You" in 1982, which include the popular song "Chinese Graffiti."

Their 1983 single "Don't Walk Past" became one of their best known, helped by its cinematic, "Blade Runner"-inspired music video where Humphrey donned a few crisp suits while improvising dance moves.

The clip was shot almost two years before the launch of MuchMusic in 1984 and was made on the band's insistence after seeing British and American acts adopting the practice.

"We convinced the record company that we needed a video because all our favourite artists were making them for MTV," remembered guitarist Chris Wardman.

"There wasn't really a solid good reason for doing it. We just sort of insisted on having it done."

Blue Peter would open for some of the biggest rock acts of the period, including Boomtown Rats, Simple Minds, the Police and the Jam, who they opened for over three nights at Toronto's Concert Hall.

After Blue Peter dissolved in 1985, Humphrey worked in Canadian theatre as a composer and sound designer on an array of projects, while his 2007 album "A Rumour of Angels" was recorded with the Vancouver Symphony Orchestra.

His television roles included horror anthology "Friday the 13th: The Series" and a recurring part as Locke on "Captain Power and the Soldiers of the Future."

Steven Page and Emm Gryner were among the musicians who paid tribute to Humphrey on Twitter, with Gryner calling him "a legend and the loveliest man."

She added: "His voice and his beautiful spirit will always live on.”

This report by The Canadian Press was first published April 7, 2021.