TORONTO — A review of the CBC's licence renewal applications entered its second phase Monday, with some organizations and individuals presenting their call for greater accountability and transparency from the public broadcaster.
Jan 18, 2021 12:14 PM By: Canadian Press 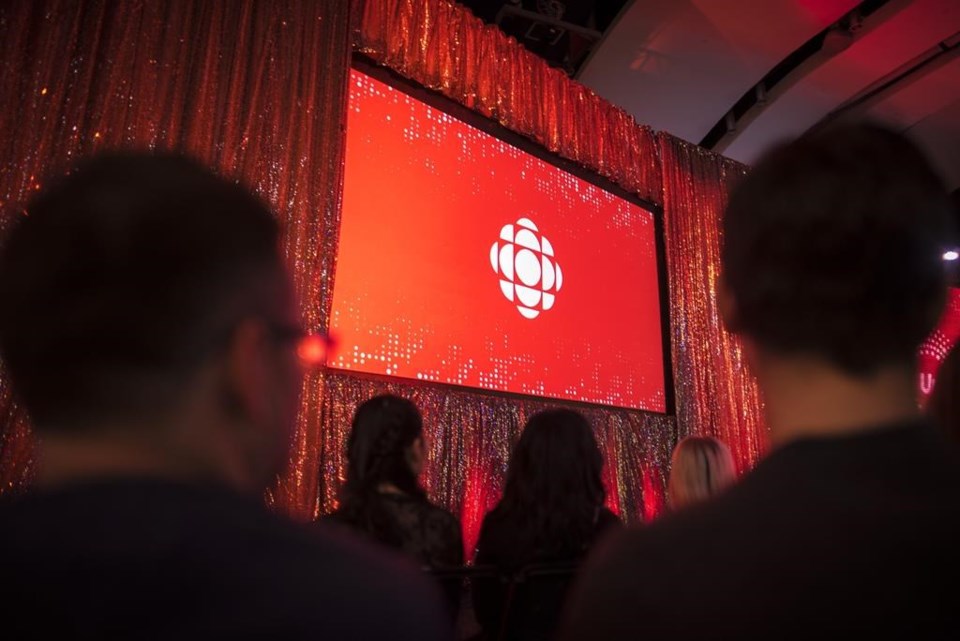 TORONTO — A review of the CBC's licence renewal applications entered its second phase Monday, with some organizations and individuals presenting their call for greater accountability and transparency from the public broadcaster.

The Canadian Association of Broadcasters, which represents private broadcasters, expressed concern about the public broadcaster "being market-driven rather than mandate-driven," arguing it's focusing too much on attracting more viewers and advertisers.

"CBC/Radio-Canada's avowed focus on a market-driven strategy comes at a significant public policy cost," Kevin Desjardins, president of the CAB, said in the virtual hearing run by the Canadian Radio-television and Telecommunications Commission.

Desjardins also said that by selling ads on TV and its digital services, the CBC is disrupting the advertising market negatively for private broadcasters.

"It diverts from its core mandate and disrupts private broadcasters' ability to meet their regulatory obligations," he said, noting "the ad market right now is incredibly tight, especially in local advertising."

The hearing began Jan. 11 with the CBC asking Canada's broadcast regulator for greater "flexibility" as it tries to meet audience needs and makes a bigger push into the digital world.

CBC chief executive Catherine Tait said last week that if the public broadcaster is to remain relevant, it must "embrace change."

"If we do not move with our audiences, we risk becoming dinosaurs on a melting ice cap,'' Tait said.

The CBC is asking that the corporation be free of detailed financial reporting obligations around resources put into online content, such as the CBC Gem streaming platform and CBC Listen app.

The watchdog group Friends of Canadian Broadcasting was among the other intervenors who presented Monday.

In an interview before the hearing, Friends executive director Daniel Bernhard said the CBC's request for less scrutiny over its digital activities, and its performance at the commission thus far, signals "they don't fully appreciate that public service media is about public service."

He expressed concerns about the CBC's accountability, its declining news expenditures, and its advertising and commercialization initiatives, including the paid-partnership division Tandem.

"Hopefully these critiques from the commission will result in conditions of licence that keep CBC management on the straight and narrow and prevent them from diverting down unhelpful tangents like Tandem or other hyper-commercialization initiatives that betray and undermine CBC's public purpose," Bernhard said.

CBC management has stressed a critical need to generate revenue amid big financial pressures, and insisted that editorial and advertising content, such as that produced by Tandem, would remain separate.

CBC/Radio-Canada is asking for a five-year renewal of its current licences, which expire on August 31. The public broadcaster's last license renewal was in 2012.

In fall 2019, the CRTC invited Canadians to share their views on the CBC as part of its decision-making process. Other groups set to present at the hearing this week include the Indigenous Screen Office and Quebecor Media Inc.

Desjardins called for an ad-free CBC/Radio-Canada at Monday's presentation.

"At minimum, CBC/Radio-Canada should be prohibited from selling local TV and online advertising in markets where local private radio and TV stations are present," he said.

The CAB also criticized the CBC's request that its digital services be exempt from regulatory scrutiny.

"We observe the CBC/Radio-Canada leaning in towards becoming more commercial, and less distinctive," Desjardins said.

"A mandate-driven public broadcaster can complement our shared broadcasting system well. A market-driven CBC/Radio-Canada negatively disrupts an already challenged private broadcasting sector, and undermines all of our ability to appropriately serve the public."

The public hearing, which will last nearly three weeks, was originally set to be held in May of 2020 but was delayed due to the COVID-19 pandemic.

The CBC presented in last week's proceedings, which touched on everything from the corporation's advertising and obligations, to its digital expenditures and its financial constraints that have grown during COVID-19.

Bernhard said Friends of Canadian Broadcasting also opposes the CBC's request to operate its digital activities outside of the public eye.

The group wants the CBC to be fundamentally non-commercial, and that the corporation deal "with the massive crisis in journalism that is plaguing the country."

"These are questions of major national importance," Bernhard said.

"It's important for us to remember that this is not really just a regulatory hearing, this has real implications for the CBC, which could be basically the last truly national media organization of consequence within the next couple of years."

This report by The Canadian Press was first published Jan. 18, 2021.