Review: Ragtime and much more from jazz pianist Emmet Cohen 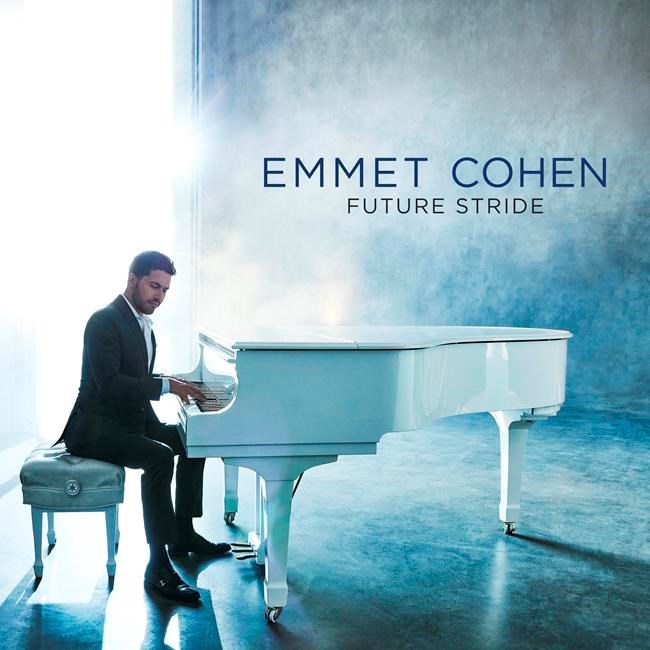 Stride provides a starting point on jazz pianist Emmet Cohen's new album. The opening cut, “Symphonic Raps,” is a New Orleans ragtime tune recorded by Louis Armstrong nearly a century ago, and Cohen plays it as though his piano is rolling downhill, accelerating until he leaves the rhythm section behind.

That momentum sends Cohen on an exploration of other jazz stylings, with stride as an antecedent and recurring reference point. Common threads on “Future Stride” include swinging, often unpredictable rhythms, inventive interplay and wit.

Take, for example, the title cut. Written by Cohen and drummer Kyle Poole, it's a joyful swirl with shifting tempos, including a cowboy saunter and a three-way conversation that also includes bassist Russell Hall.

The beat is also big on another Cohen original, “You Already Know." It's bebop given extra propulsion by trumpeter Marquis Hill and saxophonist Melissa Aldana, who both sit in on several cuts.

Hill overdubs a second trumpet for call and response on the prayerful, lyrical closer “Little Angel.” The final chord leaves the tune unresolved, suggesting more to come. As the album title might suggest, “Future Stride" ends with Cohen looking ahead.