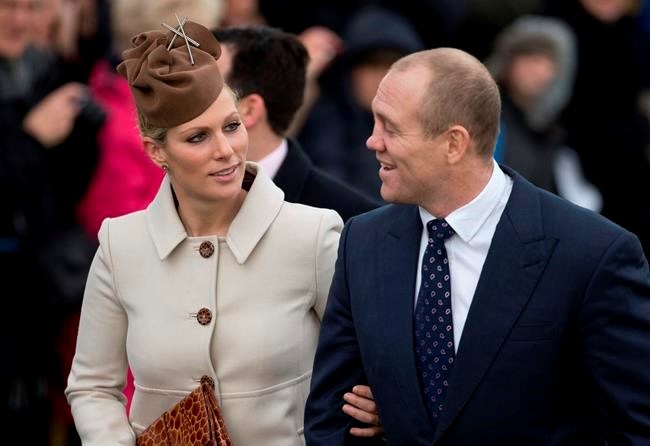 Former rugby star Mike Tindall, who has two daughters with Zara — 6-year-old Mia and 2-year-old Lena — said he wanted their third child to be a boy.

“It’s been a good week for me, had a little scan last week — third Tindall on its way,” he said on a podcast he co-hosts. “I’d like a boy this time … I’ll love it whether a boy or a girl -- but please be a boy.”

A Buckingham Palace spokesman said the queen and her husband Philip are “delighted” by the news.

Zara Tindall, Princess Anne's only daughter, has spoken about two miscarriages she had in the past. On Wednesday, her husband said she is “always careful because of things that have happened in the past, and really looking forward to it.”

While he declined to reveal the baby’s due date, he joked about naming the child, saying “we’re not sure what to do, Covi or Covina.”

The queen already has eight great-grandchildren.