Over half of all coronavirus warnings have been sent this month in North Vancouver
Feb 25, 2021 6:01 PM By: Jane Seyd 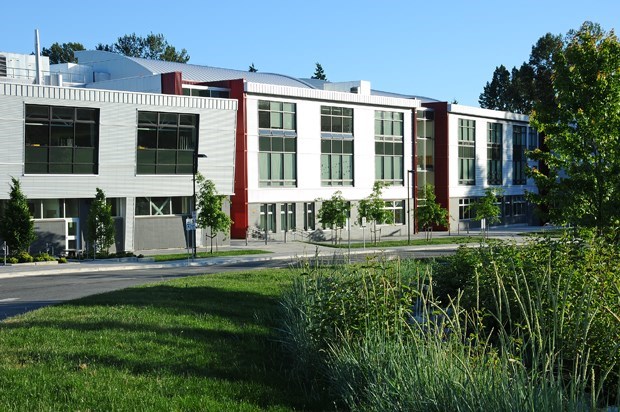 Carson Graham Secondary in North Vancouver is one of three schools that has had the highest number of exposures. photo NVSDNVSD

Of those, Carson Graham has issued 12 warnings, Handsworth has had eight and Upper Lynn has issued nine notices, according to schools superintendent Mark Pearmain, who updated school trustees this week.

Altogether about three-quarters of all public schools in North Vancouver have had at least one exposure. At least half of those (37 notices out of 74) have happened during the month of February alone, said Pearmain.

Pearmain made his comments Tuesday evening during a month when over 50 notices have been sent to families in North and West Vancouver schools as the number of coronavirus cases has spiked on the North Shore.

14 notices sent in one weekend

During one weekend, between Feb. 12 and 15, “we had 14 separate individual school exposures,” said Pearmain. Superintendents from other schools districts around the Lower Mainland reported similar spikes in exposures, he said.

Pearmain said based on what he’s been told by medical health officers, most of the recent cases that have led to school exposures have been social get-togethers.

“It’s things like sleepovers, things like birthday parties,” he said. He added that while recent attention focused on a party attended by a number of North Vancouver teens, it’s not always the kids who are to blame. “We also know that sometimes means social gatherings for adults,” he said. “It can be a mixing of households at dinner parties, or car-pooling.”

Currently, students in a Grade 4/5 class at Ecole Braemar are in isolation at home after exposures to multiple people who had COVID between Feb. 16 and 19. A kindergarten class at the school and a Grade 2/3 class are also self monitoring after exposures Feb. 24/25 and Feb. 17 to 23 respectively. Children at the Novaco daycare in Norgate have been told to self-isolate to March 12 following an exposure there Feb. 22-25. Children in a Grade 3 class at Cypress Park primary school in West Vancouver recently returned to school after a 14-day self-isolation following exposure to the virus Feb. 9 to 11.

The classes were among several across the North Shore reporting recent COVID-19 exposures. In North Vancouver, they also included a Grade 5 class at Ecole Boundary Elementary with exposure dates of Feb. 17 to 19, a Grade 8/9 PE class at the Francophone school Ecole Andre-Piolat exposed to the virus on Feb. 18, a Grade 5 class at Queen Mary Elementary on Feb. 17  two Grade 9 classes at Carson Graham on Feb. 17 and two classes at Ecole Windsor Secondary – a Grade 9 class and a class of Grade 9 – 12 students with exposure dates of Feb. 16 to 18. Students in two classes at Seycove including a careers 10 and English 10 class were also exposed Feb. 23-25.

At Sentinel a science 8 class was warned of an exposure Feb. 24.

Over half of North Van school cases in elementary classes

Pearmain said he understands that people are getting tired of restrictions imposed by public health orders.

“I think we're all frustrated, we're all tired, we're all just wanting things to go back to normal, and have that normalcy of being around people,” he said.

But Pearmain said when a case of COVID comes into a school through outside social interactions it has a big impact: creating worry for teachers, and parents and causing other children to have to stay home. When teachers have to self-isolate, they have to be replaced and “that is challenging for us,” he said.