Hawker’s Delight: As close to a Singaporean food-court as you’ll get, this side of the Ocean

It was one of those life-changing moments: freshly married, my new wife and I stepped off of a flight from Calcutta into the ultra-modern airport in Singapore. We were in shock.
Feb 26, 2015 11:08 AM By: Rob Bailey 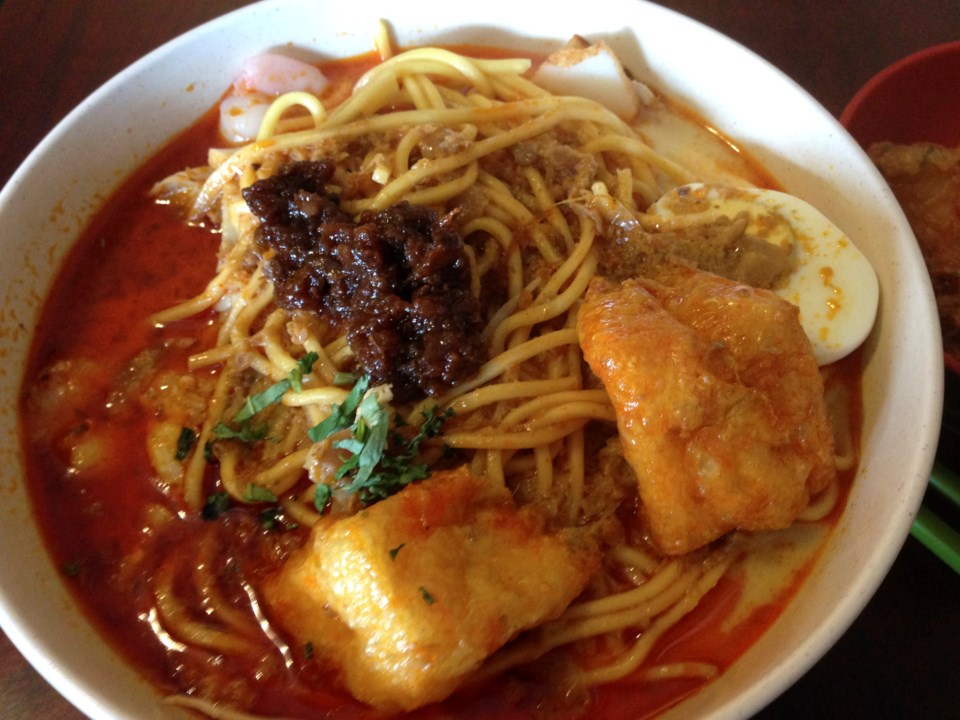 It was one of those life-changing moments: freshly married, my new wife and I stepped off of a flight from Calcutta into the ultra-modern airport in Singapore. We were in shock. It was only a few short hours ago that we had left the choked and dusty chaos of Calcutta after spending several weeks travelling all over India. We had met and dined with maharajas. We had gingerly stepped over entire sleeping families of barely clothed beggars on the sidewalks on the way back to our various lodgings, nimbly placing sandaled feet between them so as not to wake them up. We had survived terrifying night bus journeys on “semi-deluxe” coaches driven by drivers so alcohol-perfumed, that they inspired us to spontaneously pray to the multicolored idols that festooned front of the vehicle. Any port in a storm…
Now, as we rolled down the Eastern Parkway with our dusty backpacks in the trunk of a brand new BMW taxi, we experienced reverse culture shock.  Instead of a teeming urban sprawl that resembled a crumbling New York City with livestock, we gazed in awe out of the taxi window at the celebration of orderliness that is Singapore. Freshly paved roads, where drivers not only observed the rules of the road, they actually stayed inside the crisply painted lines!  Some landscape architect had planted palm trees in such a precisely spaced way that they resembled background textures in a racing video game. And it was so cool! Only 34 Celsius!
Checking into our budget hotel, our amazement continued. The phone worked! The toilet flushed!  Air conditioning! The unimaginable luxury of hot AND cold running water!  We collapsed onto the bed, turned on the Armed Forces Network TV station, and passed out. Upon waking, we realized that we had not eaten in a while, and Singapore was supposed to be a food town, although we had yet to discover what that actually meant. We ventured outside the hotel, and mentally flipped a coin to decide which direction to walk in. We turned right, and stumbled on a tiny food court.
Now the words “food court” do not exactly summon up visions of fine dining.  For me, it was more memories of going to Brentwood Mall with my mother and, after much begging and pleading, being allowed to have an Orange Julius and a Hot Dog, covered in some fluorescent orange sauce that hinted at, but never really fully delivered on, the promise of cheese.  When my few remaining synapses fired long enough to dredge up this dismal culinary memory to the frontal lobes, it triggered a “fight or flight” response to say the least.  Flee!  Flee now! Run from the unnamed sauce of orangeness! Save yourself!
My wife, having spent portions of her life growing up in Hong Kong and Taiwan, was not so easily frightened off. She had read somewhere that some of the “food courts” in Singapore might actually be good. Turns out, she had a penchant for understatement… We walked into a smallish space with some tables in the middle and eight or ten small stalls, each only a few feet wide lining the perimeter of the room. The menu might as well have been in Greek, because all of the dishes on offer were completely unknown to me.  Fortunately, there were pictures!  I chose a clam Laksa, the picture of which most closely resembled the bowl of won ton soup that I was familiar with.   The gentleman behind the counter nodded and took my two Singapore dollars with a smile.
I was quite unprepared for the cognitive dissonance that I experienced when my clam laksa arrived. I was in a food court? Coconut milk and chicken broth with slippery white noodles, all peppered with the local cockles, which have a somewhat more livery taste than our local butter clams.  There was lemon grass in there, shallot, garlic, turmeric, and… and… and… I lost my ability to decode the wonderfulness that I was tasting for the first time.
The concept of the food court in Singapore was the result of the government consolidating all the city’s disparate street food stalls, called “hawker stands” into clusters in larger buildings.  The government implemented new regulations and standards for quality and cleanliness, thus ensuring that a diner could enjoy a reasonably priced meal without spending the next 24 hours driving the porcelain bus. Every Singaporean has his or her favourite stand for a particular dish, and these opinions are fiercely debated in the online forums. As everything else in Singapore is basically illegal, this debate amounts to one of the few recreational outlets available to the citizens of Singapore.
I’ve written about a few Malaysian and Singaporean food places in this column. There are some good ones in Vancouver to be sure.  However, one stands out in particular for it’s adherence to the true ethos of the hawker stall.   There is a tiny restaurant on the west side of Main Street, a few doors south of King Edward.
Nestled in this enclave of antiques stores and hipster cafes, you will find Hawker’s Delight, the closest damn thing to a real hawker stall on this side of the ocean.  It’s pretty close to the real deal.  For one, it’s tiny!  There’s only 6 or 7 tables, with 5 stools along one wall. It’s family-run (as it should be), and it has the requisite picture-menu posted above the counter, with only about a dozen things on it.