For much of the first year of the pandemic, Thomas Newman could be found in his Tunstall Bay workshop, painstakingly burning wood.

Over a four foot by eight foot sheet of wood  Newman created a streamside scene of a bear watching pink salmon pass by. However, keen eyes may notice some familiarity – Grafton Lake provided some scenic inspiration.

The piece of pyrography was commissioned for a mainland mental health hospital right at the beginning of the pandemic and wound up doing wonders for Newman’s own mental health. “It was amazing to come in here and kind of forget about the world and just burn,” he said. 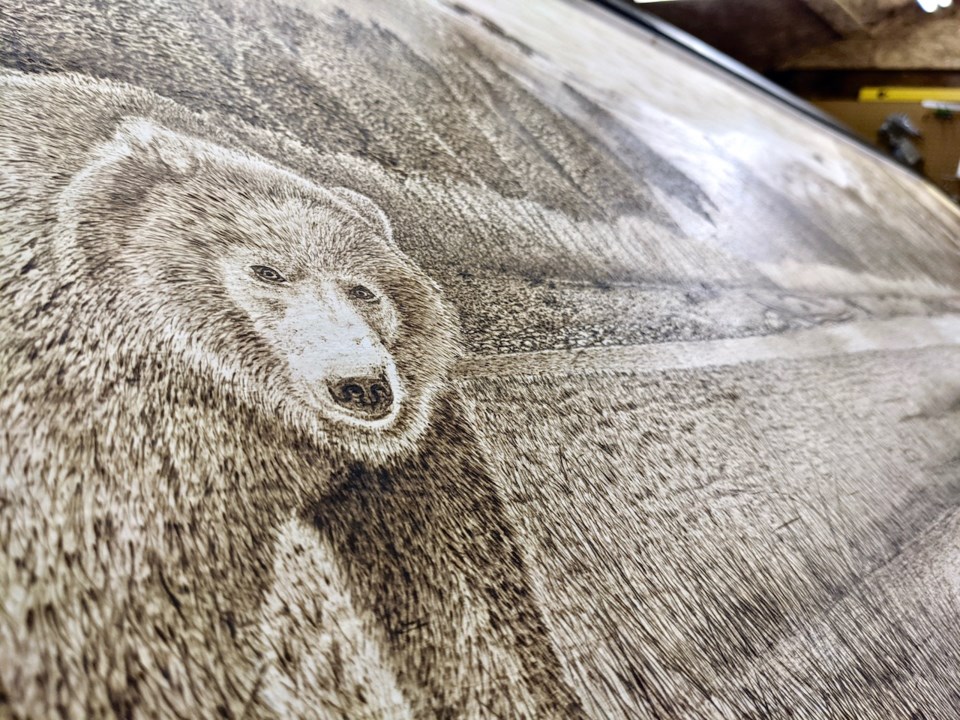 Newman decided to fit as much detailing as he could into the piece. “Because what else am I going to do? I have the time and this is going to be my first public art and I want it to be properly representative of what I do.”

Depicting nature also attracted Newman. “Nature can be so perfectly symmetrical or just wild,” he says. “Like no two trees should be the same.”

Pyrography sparked Newman’s interest just a couple of years ago but he has an artistic background, ranging from woodworking to painting to film directing to oil painting.

“For me, pyrography…you just zone out; I can’t even explain,” he says. “Once you start doing it, it’s like, where does time go?”

“I hope it has that effect for people who are in distress [at the hospital].” 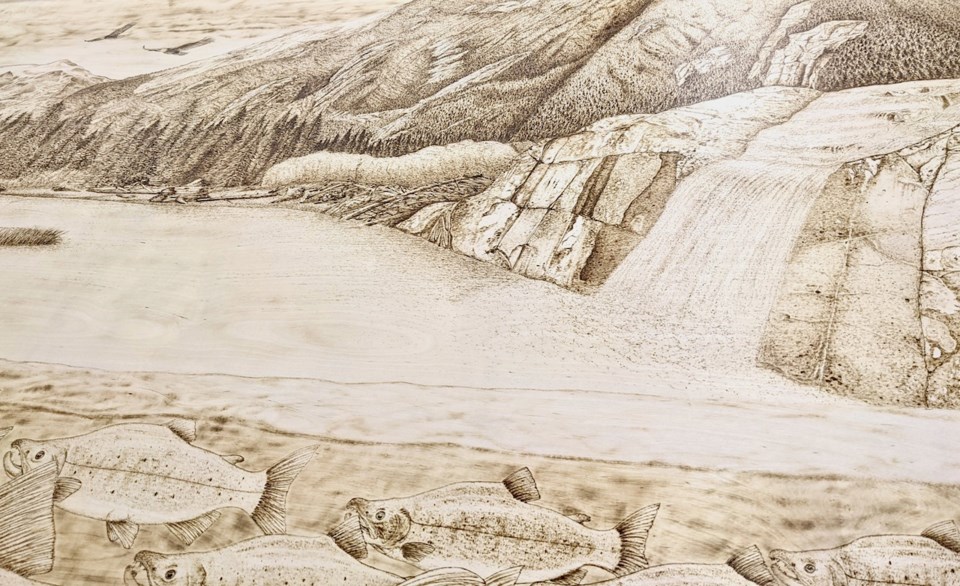 Some of the scene was inspired by Grafton Lake. By Bronwyn Beairsto

“That’s the thing I find about pyrography is you do get lost in it. It’s an art that draws you to want to touch,” says Newman. “Everybody always asks, ‘Can I touch it?’ And you really actually can because the wood is burnt. It’s carbonized. It’s not going away.”

After 242 hours of work, Newman finished the piece in late February. The piece is titled Serenity.

As a parting piece of advice, “If anybody’s thinking about doing pyrography I think the most important thing is have the ventilation figured out,” said Newman. “Because it is a carcinogen at the end of the day.”

Watch a timelapse of the piece’s creation:

How sustainable is your reusable bag? Depends on how much you reuse it
Aug 15, 2022 2:00 PM
Reader Feedback