The towering tree crashed to the ground this morning

After a last-ditch attempt to stay the felling of a 175 foot (ish) Douglas fir on the Miller Road fire hall lot, the tree crashed down at 11:45 a.m. Thursday morning.

Late last year, BIM announced it had hired Liberty Contract Management to design and build the new fire hall (updated project cost estimated at $3.7 million). While earlier site clearing had left the tree in question – and previous BIM communications indicated attempts to design around the fir and a nearby cedar – BIM said last week that Liberty had determined the trees need to come down.

The trees were to be cut, “To accommodate site preparation and construction, additionally the location of the trees pose a safety risk to the building and are not in alignment with Fire Smart principles," said a BIM staff report. 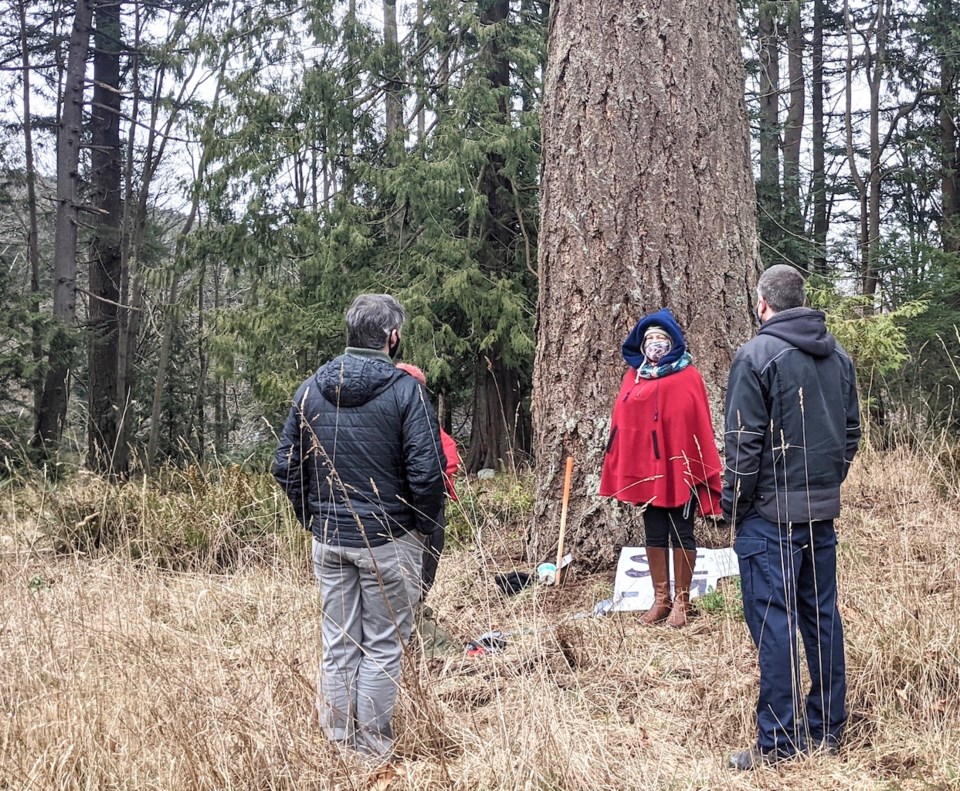 Bowen Islanders Moira Greavan and Silvaine Zimmerman were at the fire hall site at 7:30 a.m. Thursday to protest the tree cutting.

"Cutting down those two old trees (on top of all that was felled at Cape Roger Curtis, the golf course, and at Grafton Lake, and all the other developments I have witnessed while living here) will certainly have an impact on the muni’s “net zero” carbon goals," Zimmerman wrote in a letter to the Undercurrent this week. "One which can in no way be made up for by planting a couple of saplings somewhere."

The age of the Douglas fir is unclear – estimates range from between 100 and 300 years old.

After discussions with the fire chief and BIM CAO Liam Edwards, Greavan and Zimmerman conceded the loss of the tree mid-morning.

“It’s not a decision we take lightly,” said Edwards Thursday morning. When making a decision like cutting down this tree, Edwards said there are considerations of the risk and consequences (and the consequence of such a tree falling on the new fire hall and emergency operations centre would be great.)

A petition Zimmerman circulated over the past week asking that BIM not cut down any more trees and that it enact a tree protection bylaw garnered more than 150 signatures by Thursday morning and prompted animated Facebook discussions. 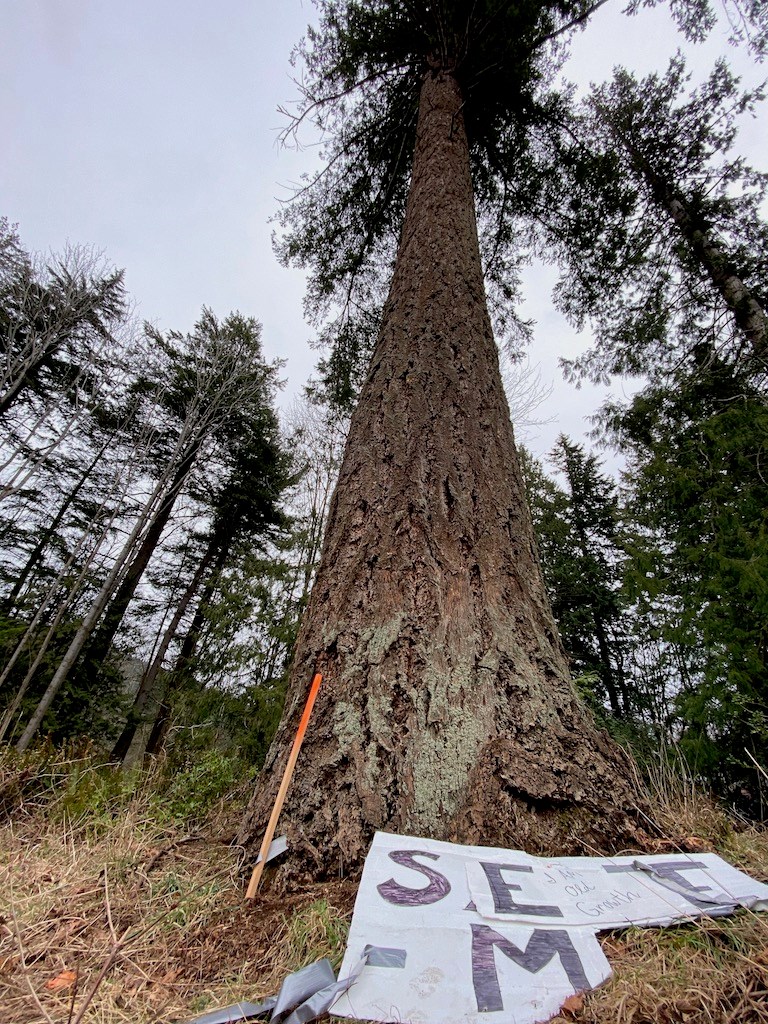 The last day of the Doug fir. By Liam Edwards

While this Douglas fir may be gone, Zimmerman hopes to save other island trees.

“What we need to do is focus on having a comprehensive tree protection bylaw and the land alteration bylaw on Bowen,” said Zimmerman Thursday. “Otherwise this is just going to keep going.”

“We are living in a climate crisis. We may have already stepped over the tipping point. How can we keep cutting down those things that are actually storing carbon?” Asked Zimmerman. “That has to be our priority right now.”

The valuable Doug fir log – or its pieces as it split apart when it fell – will for now remain on site as the municipality decides what to do with it.

Construction on aging infrastructure at Horseshoe Bay terminal expected to start next month
Feb 18, 2021 8:39 AM