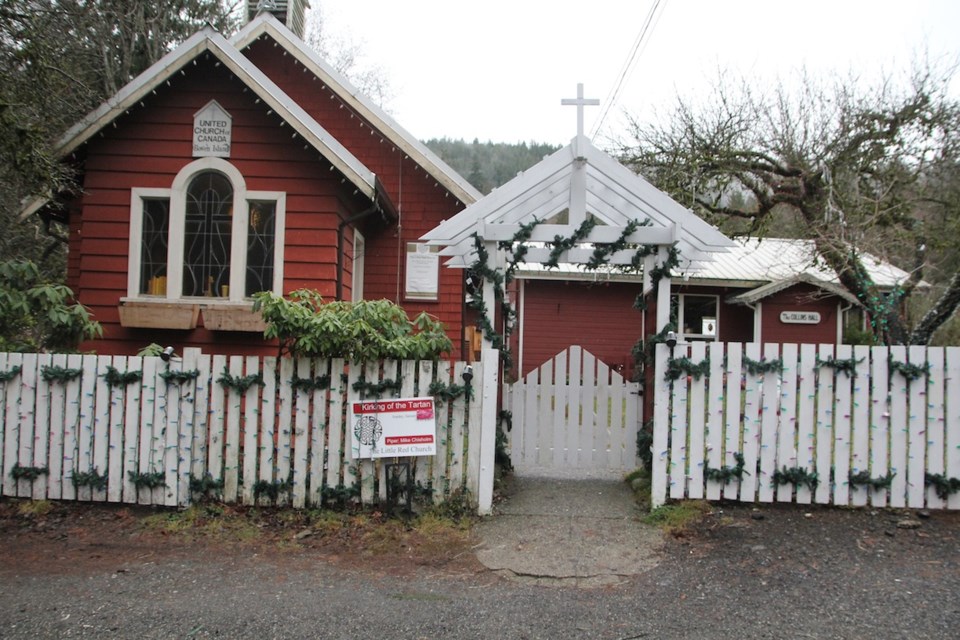 The board of Collins Hall is discussing the feasibility of opening an extreme weather shelter with the Lookout Housing and Health Society.MERIBETH DEEN

The Lookout Housing and Health Society’s plan to operate a 12-space emergency shelter on Bowen has been approved by BC Housing, which provides the funding. While the partnership has yet to be formalized, Lookout intends to set up at Bowen Island United Church.

“As soon as it gets cold we would open up. It is immediate,” said Wes Everaars, director of development, Lookout Housing and Health Society, adding they are hoping to iron out the final details in the next couple of weeks or so.

The Lookout Society’s emergency response is activated during the “worst weather of the year.” The storm that walloped the South Coast this past weekend almost qualified as extreme weather by Lookout’s standards, said Everaars.

Extreme weather shelters open when it’s two degrees or colder. There are also weather variables that Lookout watches for, including multiple days of pelting rain, even if the temperature rises above the two-degree benchmark.

Currently the shelter plan calls for 12 mats to be rolled out during inclement weather in a safe place, where a meal and social supports can be offered.

“BIM is pleased that BC Housing has approved the plan submitted by Lookout,” said McGowan. “It is our understanding that the United Church has not yet agreed to host the shelter, but are currently discussing the feasibility of doing so with Lookout. BIM is grateful to the United Church and members of the community for their efforts, and hopeful that this initiative moves forward.”

In early November it was estimated there were seven homeless people on Bowen, after a roundtable discussion on the immediacy of setting up an emergency shelter. A day of bitter cold, snow, high winds and power outages sparked the meeting among islanders.

At that meeting, Cpl. Paulo Arreaga said that according to the number of cases Bowen RCMP have dealt with there are seven people they consider homeless on the island. Housing advocate Michael Chapman said that eleven people contacted him to state their housing needs as inadequate.

An emergency housing plan outlining a budget, staff and location for the shelter has been laid out since then, with the non-profit Lookout Society coming on board as the operator.

“The opportunity for a provider like Lookout to provide services for people who are homeless on Bowen Island is that we can meet them where they’re at and start to help them along so that we can build trust with them, and hopefully move them into more secure and safer conditions … and then move them forward socially as well,” said Everaars, earlier this week.

Lookout would provide Bowen with minimal barrier housing and specialized support services for people living with mental illness, addictions and other challenges — meaning they do not require people be sober, compliant with mental health or addiction treatment plans, or agree to participate in programs to receive services and housing support from them.

“They can come in as they are and then we start our intervention to hopefully move them forward,” said   Everaars. “A lot of our clients, guests as we can them, need that caring and support and need it for a long period of time.”

In the story “Emergency shelter plan approved by BC Housing” published in the Jan. 26 edition of the Undercurrent we said Lookout would provide Bowen with minimal barrier housing. At this time Lookout Housing and Health Society is only working on a plan to bring 12 emergency weather response beds in a safe place and offer a meal and social supports.