We talk with Frank Patt as his scrumptious Soup Fairy soups return, now at Meadowbrook Corner
Jan 22, 2021 11:30 AM By: Bronwyn Beairsto 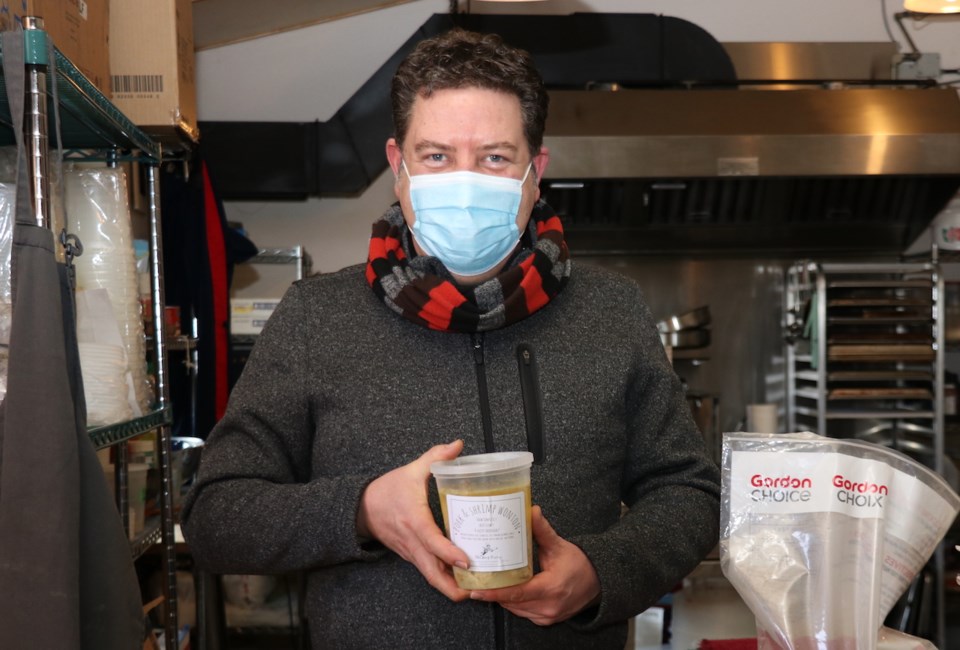 Frank Patt's soups are back. The Soup Fairy is operating out of Meadowbrook CornerBronwyn Beairsto / Bowen Island Undercurrent

If the line of cars waiting outside Meadowbrook Corner last week is any indication, Bowen Islanders have missed the Soup Fairy.

Frank Patt’s signature soups are back Wednesday through Sunday 11 a.m. to 7 p.m. or as supplies last (these hours could change, so it’s best to check the website or Facebook) at 1125 Grafton Rd. Masks are mandatory, as is social distancing.

“Because of this strange world that we’re living in and these weirdo times, in those three days that I was open, there were people I haven’t seen for months.

“I got a little face to face time with them, and even though we were masked up, just to hear their voices and see their little eyes was so nice.”

Frank Patt has worked in the food and beverage industry for the past 35 years. Before moving to Bowen in 2001, he worked film and television. At one point he produced all of the Canada-wide radio commercials for 7-Eleven. After separating from his husband, Frank sailed to the island he had frequently visited as a getaway and stayed.

“I thought the best way to meet people was to get a job in a bar or a restaurant,” said Frank. “So I did both.” He started working at Doc Morgan’s pub and Blue Eyed Marys restaurant and then during the day started cutting grass at the golf course. He took over the golf course’s burger shack and then food and beverage service in the new clubhouse when it was built.

The Soup Fairy landed in Frank’s life in 2014

At the end of each golf season, Frank would get laid off and he’d head down to the tropics for months at a time (he’s a fan of warm climates). But, Frank’s family protested that they never saw him – Thanksgiving, Christmas, he was always gone. One year, he decided to stay.

But, “I always have to be doing something,” explained Frank.

While he’d been living on his sailboat with its three-burner stove for decades, at around that time he housesat at a home with a luxurious a six-burner stove – perfect for soup making.

With one meat soup and one vegan-gluten-free soup, Frank would head to the Legion on Thursday nights to play shuffleboard and have a beer. “The boxes would empty and a little pile of money would appear,” Frank recalled.

One night at the Legion, someone commented Frank could be the Soup Nazi (referencing the classic sitcom Seinfeld). “I was never a fan of Seinfeld, I don’t want to be referred to as the Soup Nazi,” he responded.

“What about the Soup Fairy?” said the bartender, a friend of Frank’s.

After a chance meeting with a graphic artist, the Soup Fairy logo was born – a caricature of Frank with wings, clasping a ladle with one hand and a cradling a pot in the other. “It either makes people smile when they see it or they burst out laughing.”

“In the winter, in the middle of nowhere, the furthest place away from anywhere on Bowen you can go and I supported myself entirely,” says Frank. “I didn’t need to collect E.I. and the room was packed every weekend.”

For two years Frank alternated between the golf course and the Soup Fairy before throwing himself into his fledgling business. The Soup Fairy moved in with the Village Baker on Dorman Rd. for a couple of years, the businesses cohabitating. At the end of his first year at the Village Baker location, Frank had made and sold close to 20,000 litres of soup. “I could barely keep up with it,” said Frank. “So it was very nice.”

When Frank became the deli manager at the Ruddy Potato a couple of years back, his soups making appearances on grocery shelves, the Soup Fairy left the Village Baker space.

After Frank lost his job in November, he started reaching out – looking for places and kitchens that could accommodate the gallons of shrimp and pork wonton soup islanders were craving (or really anywhere with a certified commercial kitchen).

The Soup Fairy found a home (for at least the short term) at Meadowbrook Corner, where Orbaek Farm to Table Takeaway & Meats has been for the past couple of years (Orbaek is on hiatus at the moment, planning to return in March).

A history with soup

Though he doesn’t have formal culinary training, Frank has always loved to cook – his job when he was little was to look after the baking powder biscuits –  and has a long history with soup.

“We were really, really poor when I was growing up so we had a lot of soup.”

“I remember saying to my mom at one point I’ll never eat soup again.

“I didn’t eat soup for a long, long time when I moved to the coast.

“Then I started making it again and found that I could afford to make better soup than my mom could afford.”

And Frank’s soups have become Bowen favourites. He has about 30 different soups, which get switched up week to week, including, in response to demand, many vegan and gluten free offerings. “There are a lot of vegans on Bowen and I didn’t realize how many people were gluten intolerant to some degree.” 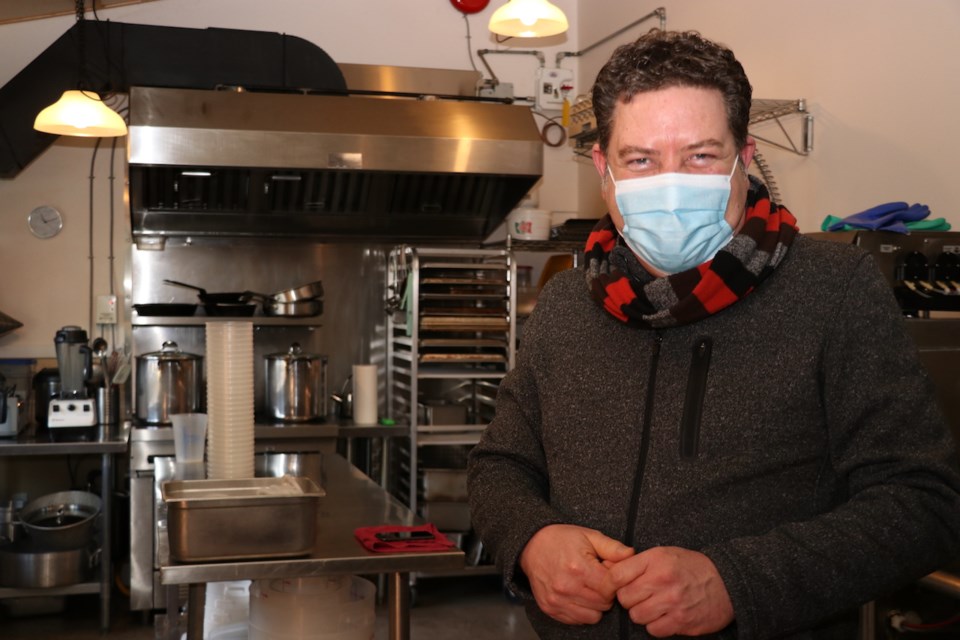 Frank Patt in the Meadowbrook Corner kitchen as wonton soup simmers in the background. By Bronwyn Beairsto / Bowen Island Undercurrent

But Frank’s top-selling soup is, arguably, what has made the Soup Fairy island famous: his pork and shrimp wonton soup. (Frank tried making vegetable wonton soup but, as he puts it, it was a disaster).

Initially Frank made the wontons by hand but as soon as he started serving and selling them, he could not keep up. So Frank has a dim sum company in the city make the wontons using his recipe.

“Some people eat [the soup] like almost every day,” laughed Frank. “I have a couple of friends that will eat multiple containers of wontons. Some people hoard them.”

When asked what it’s like to have people love his cooking so much, “I have never felt that emotion before, that something that I made would have that effect on people,” said Frank. “Never would I ever have imagined.”

Through his years in the food industry on Bowen, Frank has met many, many people.

“I’ve been really, really lucky to just get right into the community right from the very from the beginning,” said Frank, “To do all of the things in between then and now and  who knows what’s going to happen next.”