Islanders raised more money than ever for the arts organization, even without the gala ticket and bar sales of regular years.

After the dust settled – and after a couple of polite but fierce socially distanced bidding wars – the Hearth’s Mini Art Works...with a Twist raised a record-breaking $15,885.

A perennial favourite event, the mini art show sees local artists donating small artworks to be auctioned off as a fundraiser for the arts council. Usually, there’s a show-capping gala and auction, which obviously couldn’t happen this year. Instead, the Hearth held a socially distanced pick-up event Saturday where islanders came down to the gallery and placed their last-minute silent auction bids. 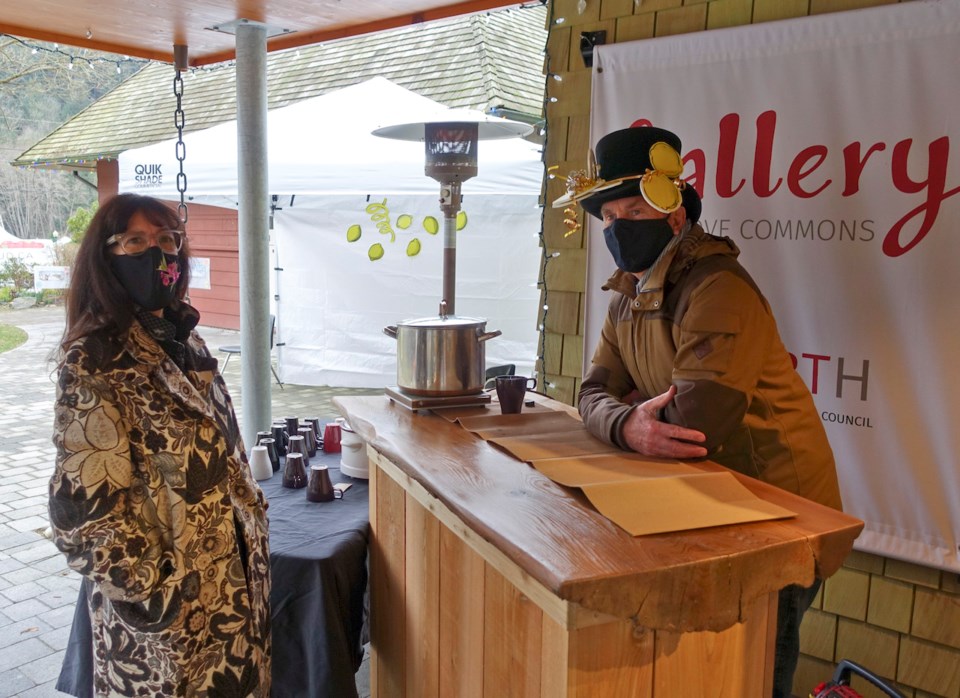 Mike Arthur and Liz Nankin at the warming station. By Kathleen Ainscough / The Hearth

And islanders raised more money than ever for the arts organization, even without the gala ticket and bar sales of regular years.

“In other words, the auction was a huge success,” says Jami Scheffer, executive director at The Hearth.

Scheffer offers a number of reasons for the success, including a strong Hearth team, locals wanting to support the event and the Hearth and the quality of a record-breaking number of artworks.

“I certainly was so impressed with the quality and the medium mix,” says Scheffer. (This was her first mini art show, having joined the Hearth last spring.) “There was something for everyone.”

More than 80 artists donated works to the show.

“Maybe during these weird times, people have got more space in their heads to express themselves creatively,” she muses. 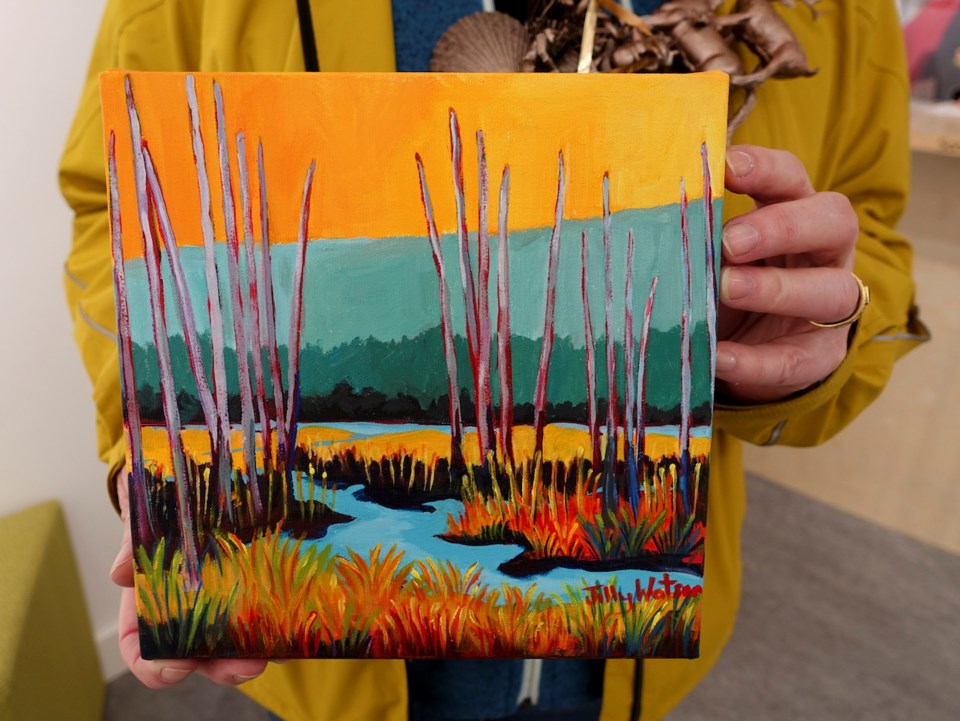 There were a number of new artists to the show this year, notes Scheffer. For example, Sue Rickett. “She hasn’t painted in a very long time but she’s a very, very accomplished painter,” says Scheffer. “She accepted the challenge…and now she’s back into it again. She said that’s all I needed was that push.”

“I think this was a kick-start as well for people who have been maybe too affected by their emotions,” says Scheffer, “and now they feel like the door is open and their creativity is flowing.”

Islanders also showed up in droves (a relative term not literal as this is still a pandemic) to see and bid on the art works. “I think people were just biting to get out and get in somewhere and feel part of something bigger than them,” says Scheffer. “The whole three weeks the show was up, it was a constant flow of people.”

This year also saw the highest-ever bid for a painting, says Scheffer. Monti Blackwell’s “Of the Earth and Of the Sky” sold for $1,000. (Scheffer believes the previous record was in the $800 range.) 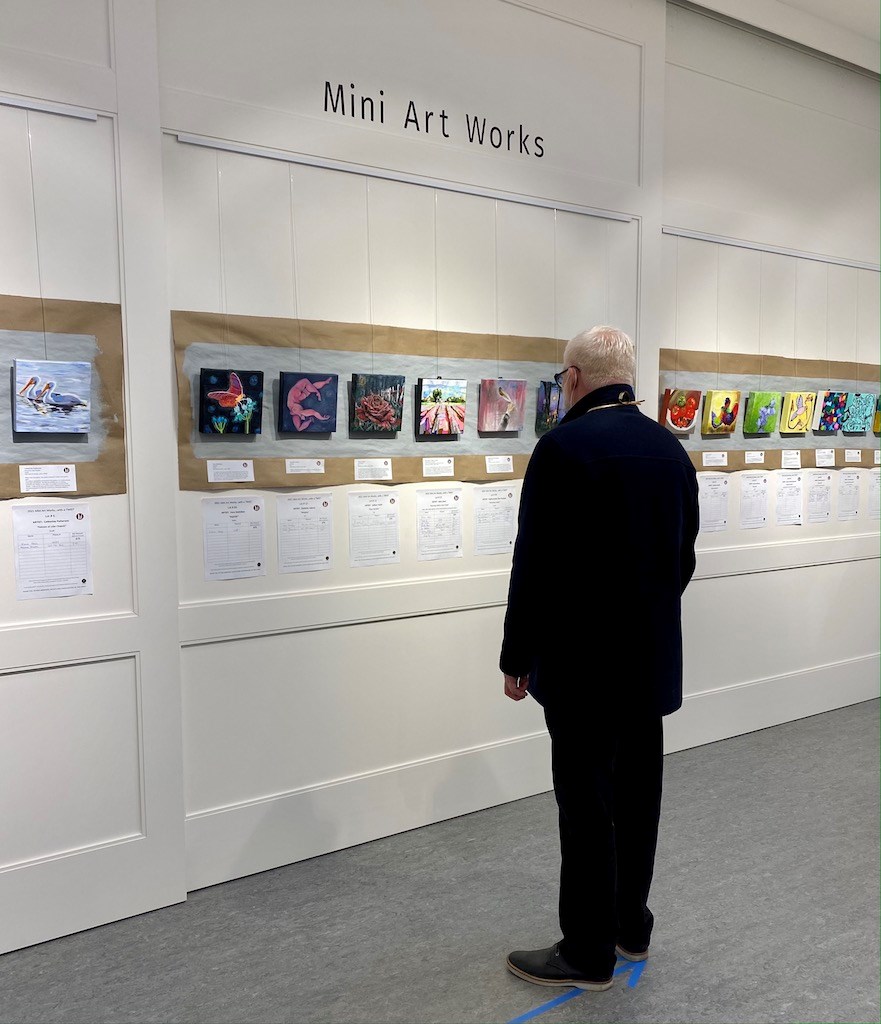 “It was great,” says Scheffer. “And a great group, a great team that pulled it all off.”

Scheffer also adds that Hearth memberships are on sale on the Hearth's website.

Next up at the Hearth, opening Feb. 25 is “You are Here,” a travelling show put on by the North Shore Culture Compass, which created a local art calendar for 2021.