Muni Morsels: Boon for Davies Orchard and a cidery is in the works 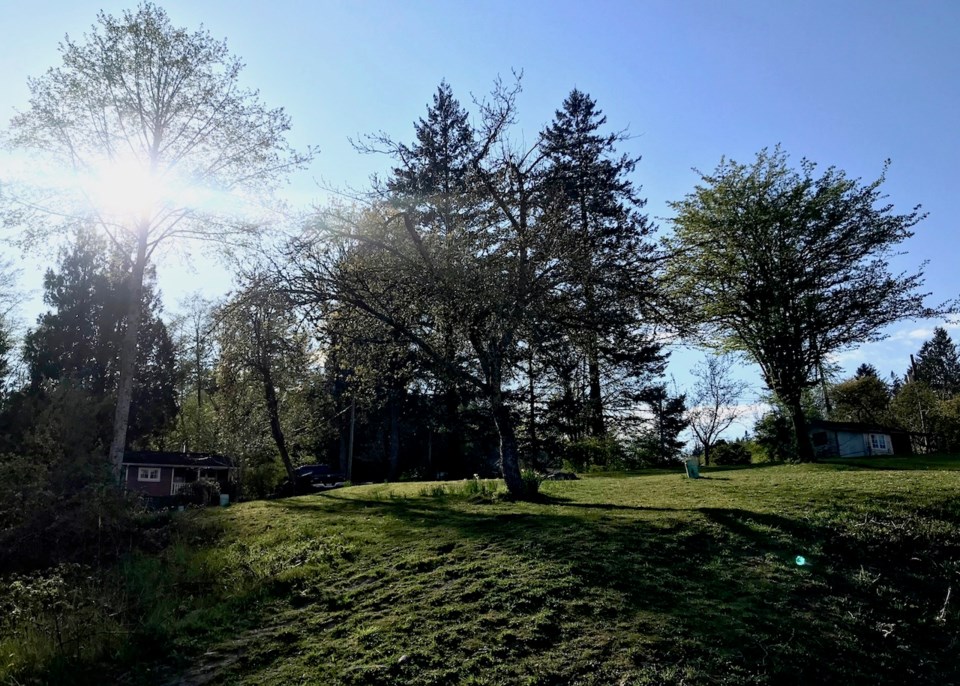 Davies Orchard got a boost this week from a provincial COVID-19 recovery grant.Bronwyn Beairsto

The following are briefs regarding the Feb. 22 Bowen Island Municipality regular council meeting

Boon for the orchard:

The grant is part of the province’s $100 million Community Economic Recovery Infrastructure Program (CERIP) – the distribution of which was announced Monday.

“[Monday] morning, I had a very excited conversation – excited on both ends – with Metro Parks, where they were thinking, ‘Oh my gosh, now what,’ and reviewing their budget, figuring out what the conversation would be with the Metro Parks committee, not all of whom are in support of the Davies Orchard Project,” Coun. Maureen Nicholson, who sits on the Metro Vancouver Regional Parks committee, shared with council. “But a cash injection $450,000 is bound to focus the mind.”

Metro Vancouver created a revitalization plan for the orchard a few years ago but set it aside due to lack of funding, indicated Nicholson.

“To have received such a really significant contribution to that project is quite remarkable,” said Nicholson “And to be honest, I think, very unexpected, which says something about the value that the province is putting into recognizing the history, the community life.”

In the time since, Metro Vancouver Parks has been working on the design of the project, working with Bowen Heritage on an updated agreement for use of the museum and information cottages and doing minor upgrades on-site, Jeffrey Fitzpatrick, manager of design and development at Metro Vancouver Regional Parks, told the Undercurrent.

The grant is a major contribution toward beginning work on the Orchard project, said Fitzpatrick.

“I think for me, what's exciting is just all of the momentum we've got going right now with Crippen Regional Park,” said Fitzpatrick, noting not only this grant but Metro’s recent acquisition of Dorman Point. “The park growing and we're making improvements.

“That is just going to make the park more resilient over time and allow us to protect those important ecosystems and give people some really awesome opportunities to connect with nature and each other.”

Location of a proposed cidery at the intersection of Laura and Westside Roads. . By Bowen Island Municipality

One of two cideries looking to start up on Bowen is looking for a temporary use permit. Rob Purdy and Christine Hardie now own what was known as Riley’s Orchard and its 1,200 apple trees (with hundreds of varieties).

The three-year TUP is to temporarily allow “cidery” as a use of the land and will require at least 25 per cent of the apples used in the cider to come from the property. As the property is part of the rural residential two zone, which allows agricultural use and therefore the growth, processing and sale of crops, the TUP is needed to allow for apples from off-site to be added to the cider mix. (Purdy told council that while they’ll use as much as they can from on-island, the growing conditions are inferior to regions like the Similkameen which can produce 20 times more apples.) The three years of the TUP are to test the viability of such a business before going through an entire rezoning, indicated Purdy and BIM staff.

Council unanimously voted to give notice that it would consider the TUP for the 620 Laura Road property at its March 22 meeting and mail notice to all properties within 300 metres of said property (though anyone on Bowen may comment on TUPs).

Council adopted the five-year financial plan (the budget) with Coun. Alison Morse opposed. This means there will be a 6.6 per cent property tax increase in 2021.