Our weekly Q&A continues with long-time islander Sheila Hunter
May 21, 2021 2:30 PM By: Undercurrent 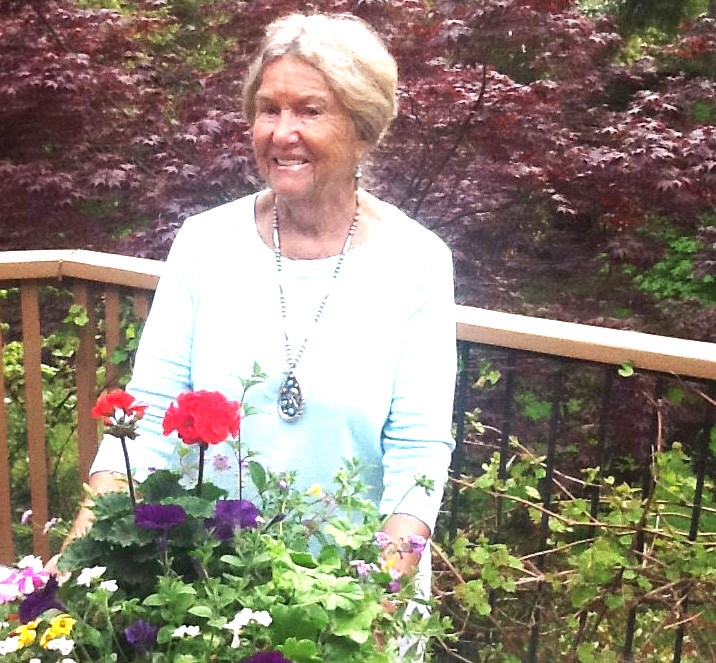 Sheila and George came to Bowen as summer people in 1971 and then moved here full-time in 1991. George passed away last November.Courtesy of Sheila Hunter

When did you come to Bowen?

We came as summer people in 1971 to the new Tunstall Bay subdivision – at that time called the Tunstall Bay Beach Club. My husband, George, designed a house and along with about three or four other families, we were the first to build at Tunstall Bay. In fact, John and Liz Monk – I was just talking to them on the phone – they were our next-door neighbours. They had four kids and we had five and they were alternating ages. And some of those kids are still connected.

We were definitely summer people. We spent the summers here and then went home (to West Vancouver).

We also went home every Friday to do the laundry and came back because we didn’t have a washer and dryer. We had one bathroom and one bedroom with double-size bunk beds in it for all the kids and their friends.

In 1991 George and I retired out here. In the meantime, we had built and sold the Tunstall Bay property on Whitesails and then we bought the remainder land from Maisie and Millie Adams here on Adams Road in about 1980. And then in 1990, we built another house on Eves Road. We there for four or five years and then we subdivided the property into four lots plus the lot we’re on. Plus we built the public Hunter Park Trail.

We just took a Sunday drive from home. The two oldest kids had been invited to Whistler with friends and so we brought the three younger ones with us over here. Georgina was about eight, Sheila was about nine and a half, Elizabeth was about 11. We drove down to the end of the road and there was a sales office in the clubhouse. There was a nice couple of people there, George somebody and his daughter, and they had a presentation. My George had grown up with a summer cottage – he was raised in Winnipeg, but they always had a summer place in Kenora, Ontario – and he said we needed a summer house. Well, I mean, how were we going to afford a summer house? But we did and we built a very interesting house.

I now live on Adams Road. The lower lot of our subdivision of 14 acres.

Fill the ferry line up gap or don’t fill the gap?

Absolutely. Fill it up.

I think just the neighbours. Particularly in my losing my husband after so many years, my neighbours and my family, even in this pandemic, have just been so good. And I love our little church, St. Gerard’s, which isn’t open at the moment.

We’ve met some wonderful friends here. To go on the ferry or in the store and see someone you haven’t seen for a while but you’ve known them for 40 years, it’s wonderful.

How long were you and George married?

We would’ve had our 65th anniversary in June this year. So we had 64 and three-quarter years together of a lot of fun and adventures. Spent many winters in the desert. And that was part of our life, going away in the winter and just raising our children.

What do Bowen Islanders have in common?

I think they complain a lot – in a nice way – and don’t do a heck of a lot about it.

Boy, I think everybody sure steps up to the plate when there’s an emergency.

What’s keeping you going during COVID-19?

The fact that I do have family here and luckily, I’ve had my shot, but we’ve kept our bubble very, very small.

I’ve been reading a lot – I tell you, at the library, quite a few books go out every week. Oh and I’m a quilter. I do a lot in my sewing room.