Noah Callewaert sailed for the first time five days after moving to Bowen Island in 2018. The youth attended Bowen Island Yacht Club’s Learn to Sail summer camp and there’s been wind in his sails ever since. “It was really fun,” says the now 14-year-old volunteer with the program. “And then I kept doing it every summer.”

Sailors can start as young as seven out on Optimist boats – learning about ocean safety, steering, and doing the mainsheet (the line connected to the boom) to control the sail and not hitting one’s head on the boom. 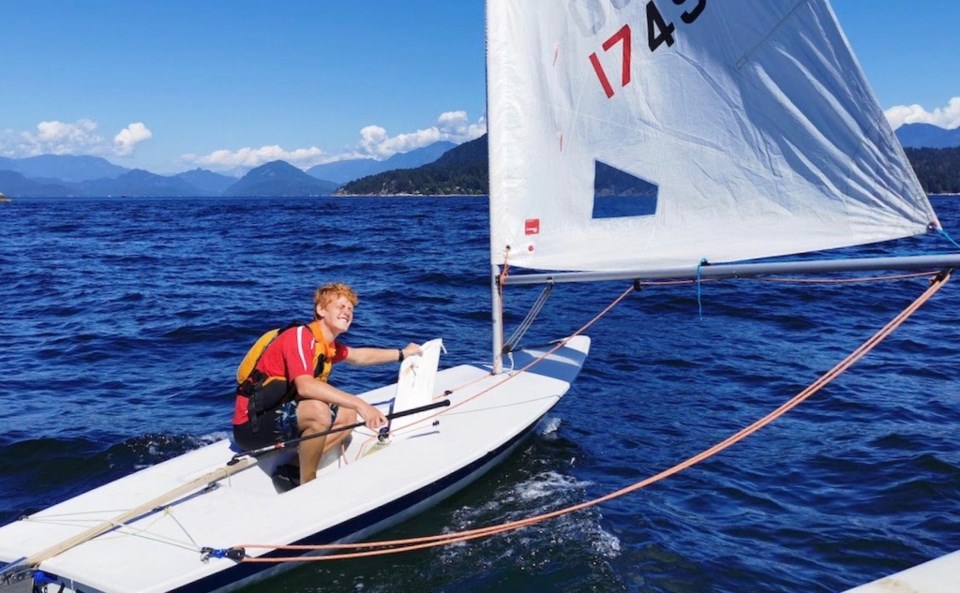 Noah Callewaert started sailing in 2018 and hasn’t looked back. . By Courtesy of Bowen Island Yacht Club

At seven kids can join the Wet Feet program and at about 10 years old graduate to CANSail – a Sail Canada approved program – which then has four levels the kids can do on Bowen.

Last summer, given the pandemic, BIYC wasn’t even sure they’d be able to run the program, but they managed to pull together a COVID-19 safety policy and make it all work.

“It was all very new and there were certainly a lot of hurdles,” says Margo Osinski, the Learn to Sail program coordinator. “It was hard for us because we are a small sailing program. We don’t have many boats; we have a very small budget.”

Given the need for social distancing, the program tried to have kids who were in the same bubble sail together or otherwise wear masks.

There was also the trouble of having use of only the public bathroom at Tunstall Bay and the constant sanitization.

“This year, I think it will be easier because we know what to expect.”

The kids and counsellors are also used to COVID safety at this point and masks and sanitizing are the norm. 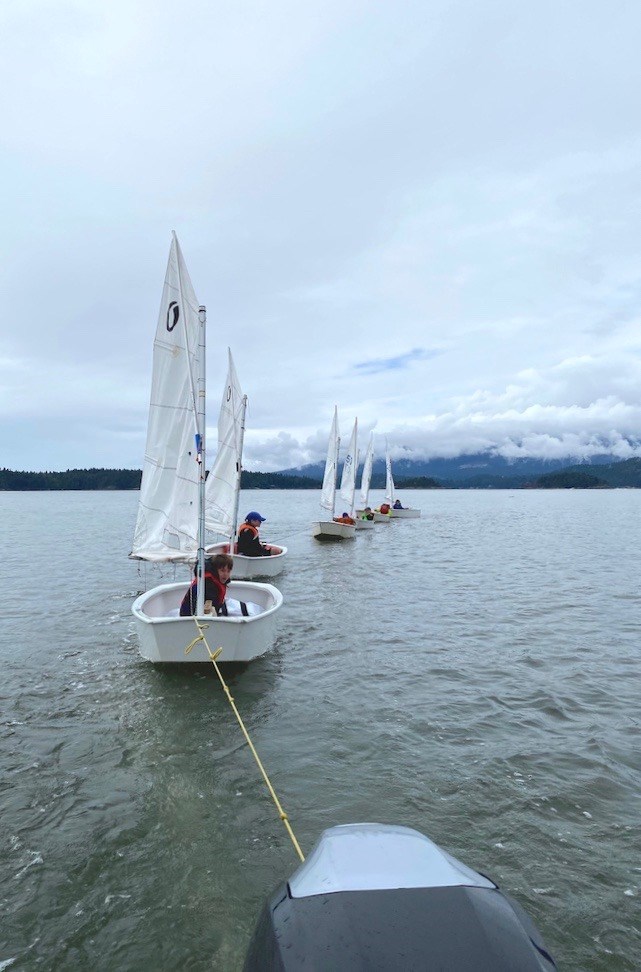 While the program may have had fewer sailors last year, the sailors who did attend, attended for several consecutive weeks, says Osinski. “Because it was often the only thing that they could do that summer,” she says. “And I think they really enjoyed that.”

One of the changes to the camp program this year is that most of the sailing camps will be two weeks instead of one. “That’s what most families seem to prefer,” says Osinski. “I think that’s going to work better with COVID in our lives.”

Most, if not all, of the coaches have gone through the BIYC’s camps over the past two decades of its existence. “So they know each other, they get the sailors year after year,” says Osinski. Both of her sons sail as well – within and outside of the club.

“For some kids it’s a sense of community and a sense of purpose,” she says. “And some kids develop a huge passion for sailing that takes them outside of what our club can offer as well.”

Ellie Walters started sailing with the Wet Feet program as a seven-year-old. She’s now been a junior instructor since 2019. “I can definitely speak to the sense of community that you get from the sailing program,” says Ellie. “I think that’s one of the many great things about it.” 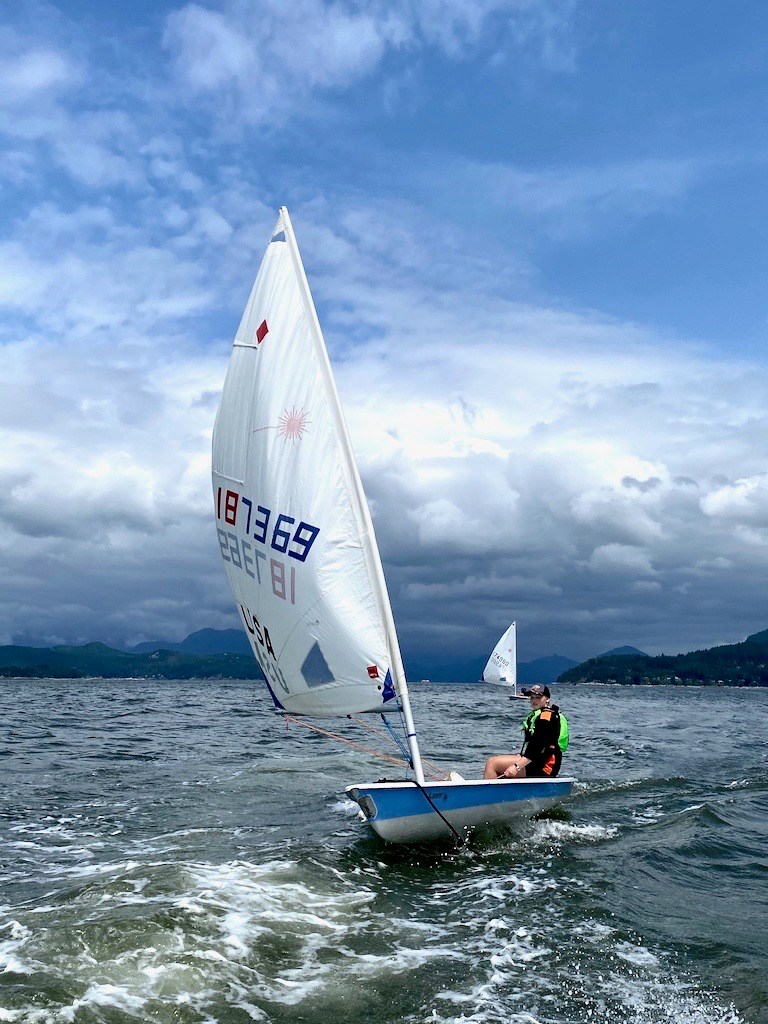 The program usually sees between 70 and 100 sailors in a given year, five coaches and five to 10 volunteers. Registration is open at biyc.bc.ca/training/registration/ and there’s an early bird discount before June 1. There’s also a discount for Tunstall Bay Community Association members.

“My favourite part of the program is seeing all of the kids on the first day come in all shy, no one really talks to each other and then by the end of the week, they’re all playing, splashing in the water, having a great time,” says Ellie. “They all connect on some level, whether it’s a fear of the water or just loving it. And I think that’s really cool to be able to see that.

“[Sailing] it made me a lot more confident and it continues to give me a leadership opportunity and an opportunity to do something that might be a little bit out of my comfort zone.” 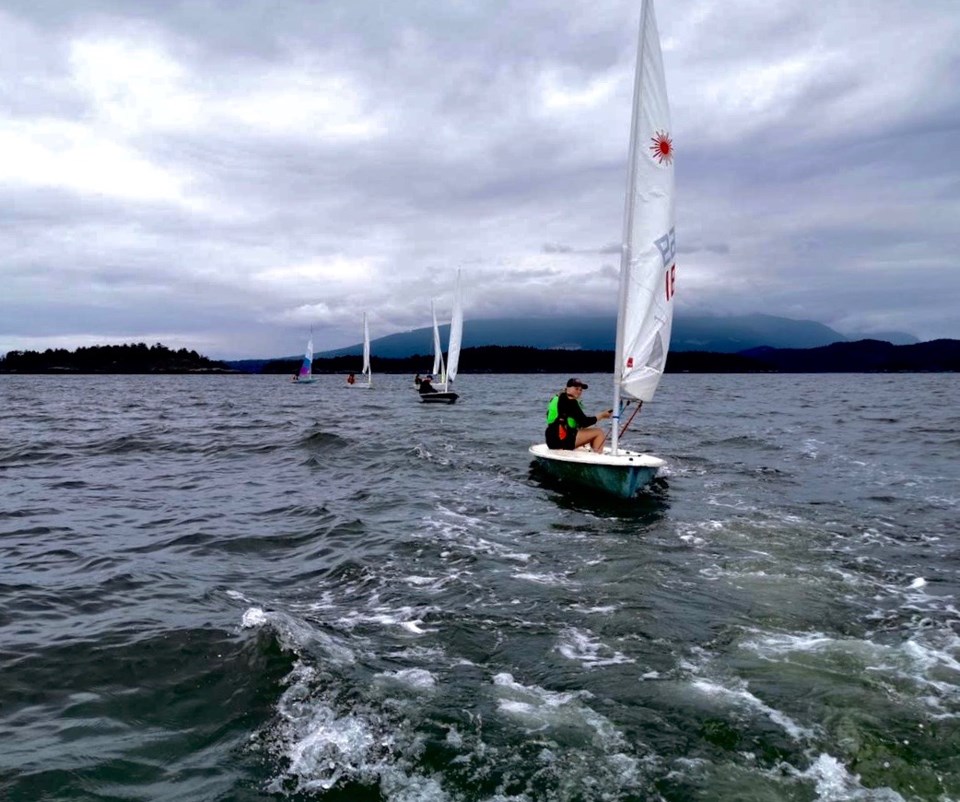