Two occupants being treated at Vancouver General Hospital as a precaution.
Mar 5, 2021 11:02 AM By: Bronwyn Beairsto
Previous Next
1 / 1 This helicopter crashed on the west side of Mount Gardner Friday morning. Submitted by Irene Paulus
Expand
Previous Next

Two Airspan Helicopters Ltd. pilots walked away from a helicopter crash on the west side of Mount Gardner, Bowen Island Friday morning.

No passengers were on the Bell 212 and both pilots have been taken to hospital as a precaution. Airspan is working with the Transportation Safety Board to investigate the accident, said Hannibal Preto, chief pilot of the Sechelt-based company in a statement.

The helicopter was contracted to BC Hydro to help place some wooden structures for a transmission line replacement project on [Hollyburn] Mountain, said a BC Hydro spokesperson. The helicopter wasn't carrying any load – it was on its way to the job site – and there weren't any BC Hydro workers on board, said the spokesperson.

The helicopter crashed above one of the properties past Mount Gardner dock. Bowen resident Irene Paulus lives nearby. "I heard the strange noises – it didn't sound proper for a helicopter," said Paulus. "I looked out my window and saw it looking like it was trying to land. 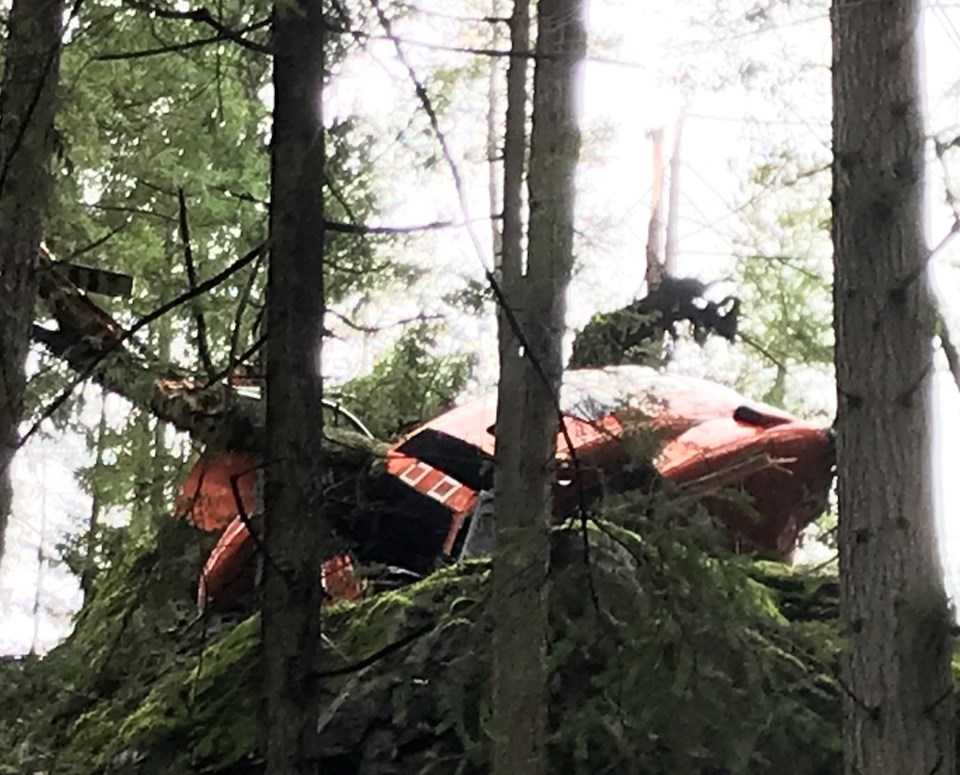 The helicopter came to a stop on a cliff's edge. Submitted by Ian Thompson

"I wasn't outside so I couldn't hear the crash. But the two guys outside did and I heard them running and they ran down and said 'call 911.'"

Bowen’s deputy fire chief Ian Thompson and several firefighters were among the first responders. The helicopter was about a ten-minute hike from the end of Mount Gardner Road, said Thompson.

“[They] took out a couple of trees and landed on a bit of a cliff,” said Thompson. “The chopper’s pretty well broken in half.

“The two guys got out and walked away,” said Thompson. “They’re two of the luckiest guys going right now.”

“We thought for sure it was going to be a body recovery,” said Thompson “But the two…were just sitting there. And there were a few little cuts on their hands and that’s about it.”

While the air ambulance was on scene, the pilots decided to take the ground ambulance and water taxi to Vancouver General Hospital. 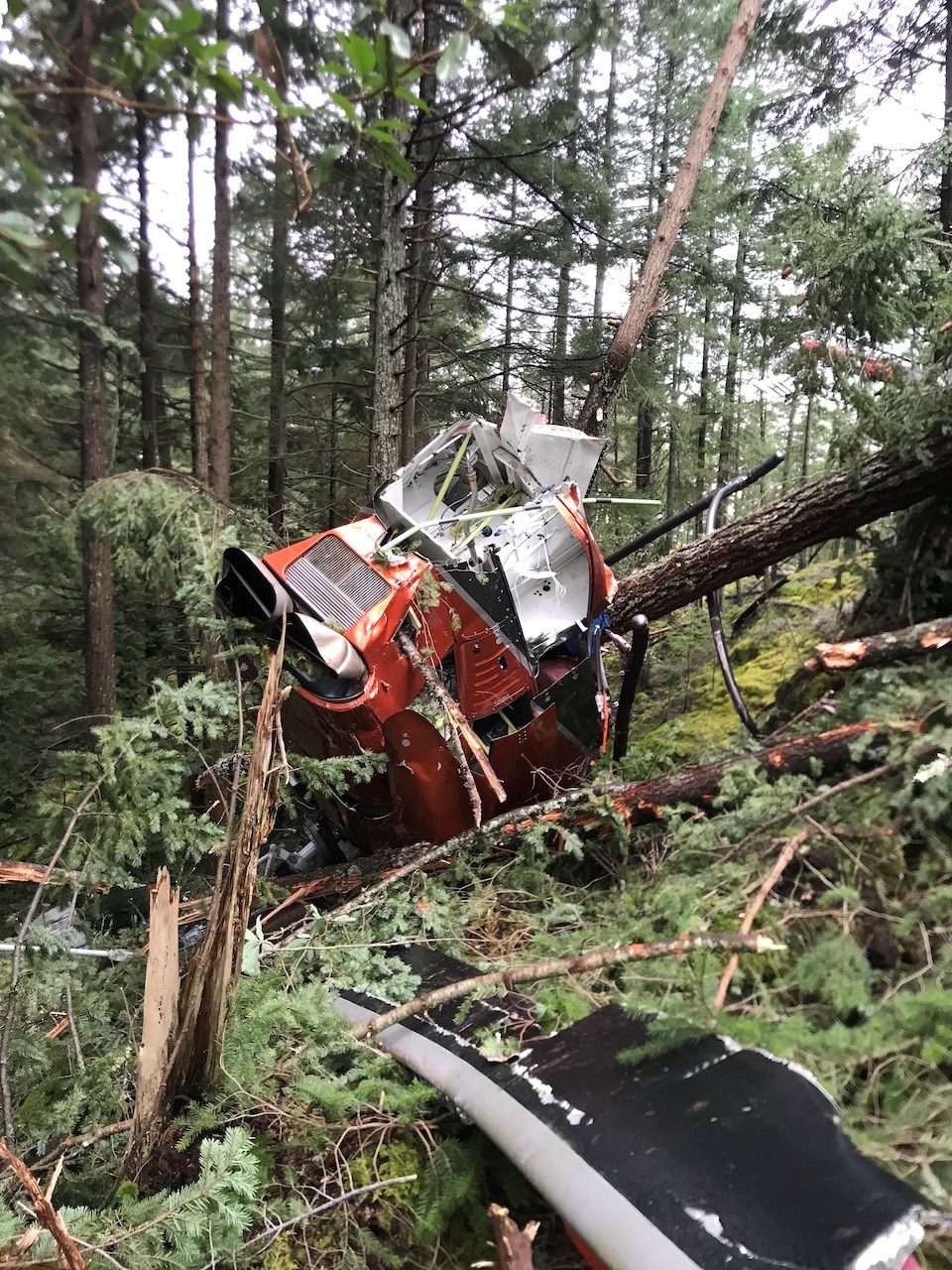 Everyone walked away from a chopper crash on Bowen Island the morning of March 5. Submitted by Ian Thompson