After the holidayers: the Union’s lasting legacy in Deep Bay & the Cove

Almost all settlers on Bowen have their own “why and how story.” For us Behms, it began in early 1971 as weekenders in Arbutus Point/Bowen Bay and for me, as a designer and builder, every week.
Dec 7, 2020 2:53 PM By: H.C. Behm 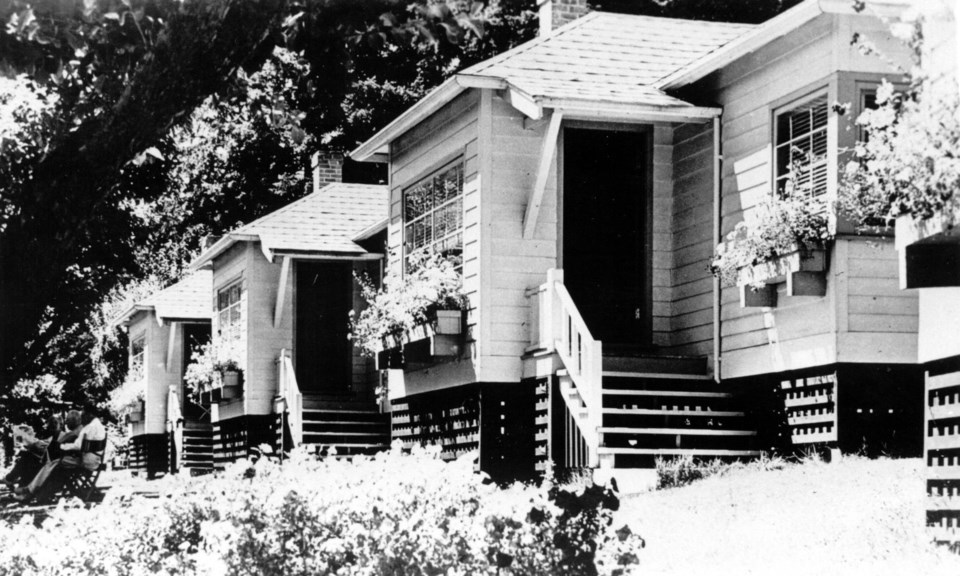 Many of the Union Steamships-constructed cottages (shown here ca.1940) became homes for islanders after the rental era ended. When the Behms arrived in the 1970s, these cottages would've been part of the island rental stock (though the Behms didn't live in one). (Photo: Bowen Island Museum and Archives)

The following is part of the Undercurrent's special 100th anniversary of USSCo. & Bowen Island feature.

Almost all settlers on Bowen have their own “why and how story.” For us Behms, it began in early 1971 as weekenders in Arbutus Point/Bowen Bay and for me, as a designer and builder, every week.

In 1977 we finally made Bowen our full-time home because, with parental involvement, the elementary school had improved.

That meant we had to live near the school and thus we looked at the lots the Union Steamship Company had developed after its resort operation closed down in the ’50s. These included Melmore and Lenora roads, “the Loop.” Senator Road had been developed earlier and shows still original cottages of the 1930 to 1940 period.

We chose a large flat lot on Lenora and thus began our contact with the USSCo. in the form of its maintenance manager, Cy Harding. Among other duties he looked after the water system and collected hook-up fees and annual dues.

When he learned that I was a builder, Cy would ask me sometimes to give him a hand with repairs to the water line.

I had never seen anything like it. The main line from Terminal Creek consisted of a 12-inch “wood stave” pipe, strips of cedar held together tightly by wire. After several decades of use it showed signs of wear and started to leak. Cy’s self-help-method was to jam cedar shingles into the leaking cracks, until the pipe looked like a porcupine. (If anyone has pictures, please publish them).

We started to explore the slightly overgrown paths above the lagoon where a number of cabins were standing, a few in use, but without water and power. The road connecting Millers Road and Killarney Lake was called the Dump Road (fittingly because it lead to the the dump).

The meadows still showed traces of farming and the barn and stable foundations were still visible. On the way back we would go through the orchard, where most of the USSC cabins stood, and where they had been made habitable again. A colourful community was developing. Sadly, of the hotel complex, only the Teahouse remained with a few cabins along the perimeter, separated by fruit trees.

Young families moved into the Snug Cove area, creating a thriving neighbourhood. Friendships developed and with them work parties.

BowFest was born and the Community School Association. The Loop became the most popular carolling area at Christmas and at Halloween the favourite route for trick or treating.

At 3 p.m. the children would come from school, have a snack and disappear until 6 p.m. for supper. Stories of adventure and discoveries circled family tables.

Deep Bay Beach became popular and it was, and still is, as if the echoes of the Happy Isle from the USSCo. days came alive again.

This year, 2020, we celebrate indelible memories that began one hundred years ago and we thank the many people who worked hard to keep the vestiges of the most popular sea resort in Western Canada alive.