Memories from the steamships: a COVID conversation with the daughter of Capt. John Malcolmson 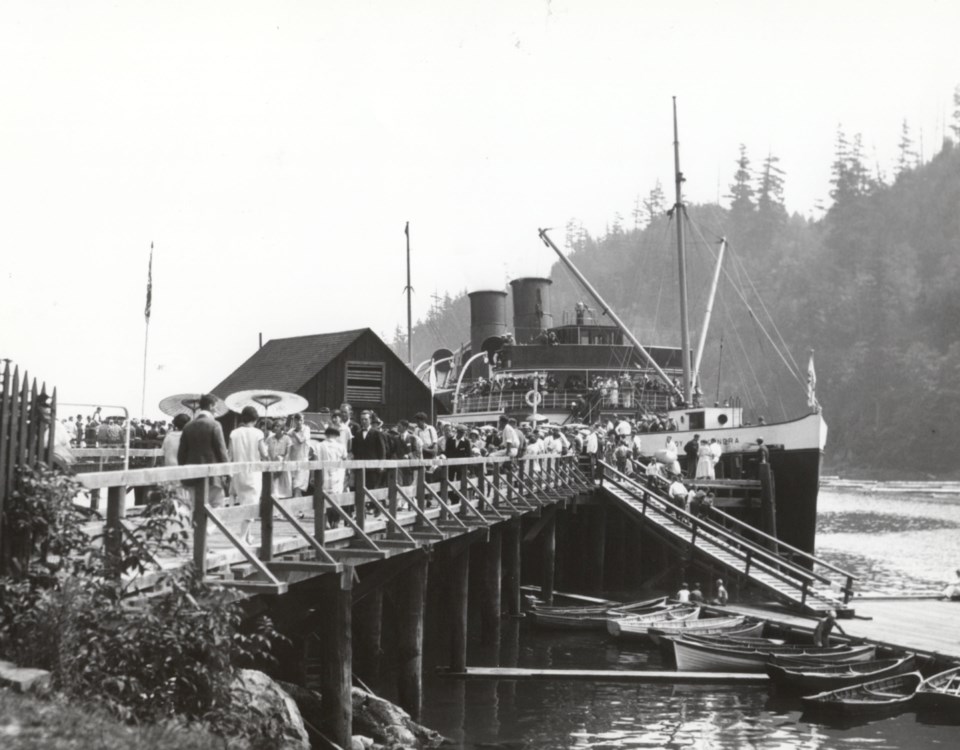 Malcolmson was a USSCo. captain on boats like the Lady Alexandra seen here ca.1930 (Photo: Bowen Island Museum and Archives)

This has certainly been a strange and difficult year for many of us. On March 17, the Vancouver Maritime Museum made the difficult decision to close its doors to the public and did not reopen them until June 11.

There were many projects, programs and exhibitions that were disrupted due to COVID-19 lockdowns. Among these was a partnership that the Maritime Museum had been developing with the Bowen Island Heritage Preservation Association and the Bowen Island Museum and Archives to celebrate the 100th anniversary of the establishment of the Union Steamship Estates.

Although the museum was unable to support a physical display, I would like to mark this occasion by sharing the result of a conversation I had during the height of the pandemic with the daughter of USSCo. captain John Malcolmson.

While conducting research on the USSCo. last year, I was provided with the contact information for Anna Wellborn, Vancouver resident and daughter of Malcolmson. Mrs. Wellborn, now in her 90s, spoke to me about her father and her experiences with the Union Steamships. We were forced to speak by phone due to the COVID restrictions.

John Leaske Malcolmson was born in Lerwick in the Shetland Islands in 1892. The Shetland Islands are the most northern part of Scotland and, as I learned from Anna, were part of the Kingdom of Norway until the 1400s. John’s father owned fishing boats in the Shetlands, so this is where he may have gained some of his nautical and navigational skills.

Anna recalled an incident when Malcolmson was a new crewman with limited training. As a vessel was preparing to depart from a dock in Howe Sound, he yelled out to the captain, “Don’t leave yet!” This was not well received and Malcolmson was severely dressed down for speaking to the captain this way.

During the First World War, Malcolmson remained in Vancouver and in the ’20s and ’30s he was promoted to first mate and captain of USSCo. vessels. While working one of the northern runs he told his daughter about a practical joke his crew played on him. Since there was no onboard running water his crew had given him some warm water to mix up with his shaving soap to create a lather. He worked and worked but try as he might, a lather would not form. As it turned out the crew had given him salt water.

As a young girl Anna remembers fondly her own experiences on the Union Steamships. In the summers, she and her mother would often spend the day aboard the vessels. Together they would cruise up to Squamish or Gibsons Landing. In those days it was a major event to make these trips and Anna and her mother would dress in their best, particularly since they would be dining at the Captain’s table.

Captain Malcolmson enjoyed more than 30 years with the USSCo., and likely would have continued, but tragically suffered a heart attack at the wheel of the SS Capilano as it was coming out of Howe Sound in 1947. He was 55 years old.

Years afterwards, when Anna had completed her studies in Social Work at UBC, she would meet clients on the B.C. coast who by then relied on the Black Ball Ferries, the successor to the USSCo. Many of these people had met her father and always spoke highly of Captain John Malcolmson.