With the new Cove Bay Water Treatment Plant set to open in coming months, Bowen Island Municipality is introducing a new parcel tax for the water system to pay for it.
Apr 29, 2021 3:09 PM By: Bronwyn Beairsto 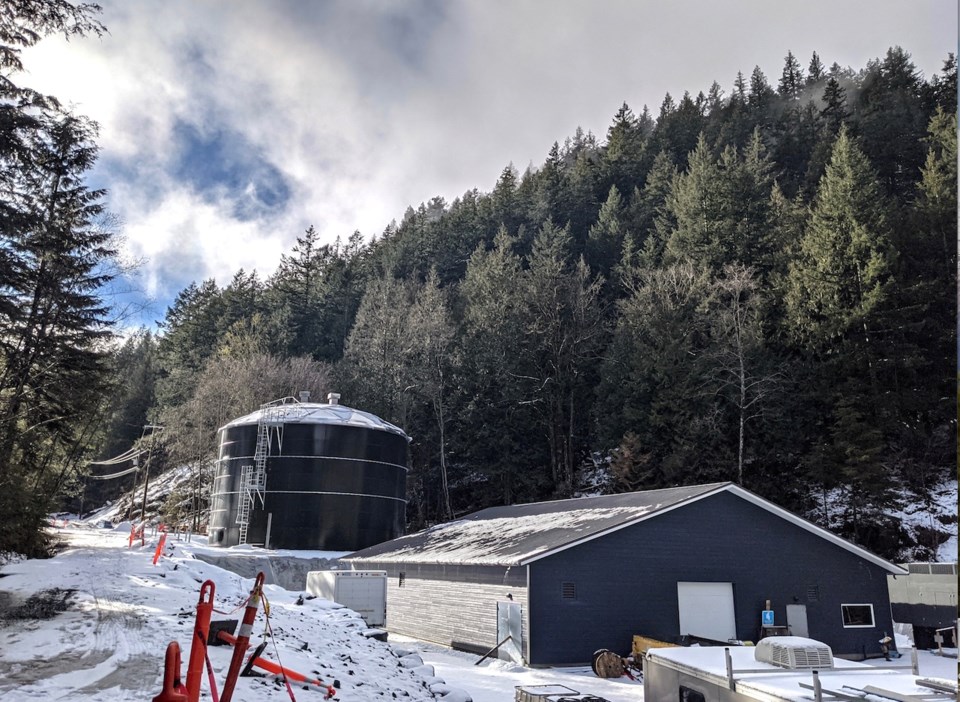 BIM is introducing a new parcel tax to pay for the Cove Bay Water Treatment Plant.File

With the new Cove Bay Water Treatment Plant set to open in coming months, Bowen Island Municipality is introducing a new parcel tax for the water system to pay for it.

The $9.3 million project saw BIM borrow $2.53 million from the Municipal Finance Authority and $1.15 million internally from the land opportunity reserve fund. The water system has combined yearly instalments of $239,900 to pay that debt to the finance authority and BIM.

Instead of applying a flat parcel tax across the water system (so each parcel, regardless of business or residential use or number of units within, would pay the same amount), chief financial officer Raj Hayre created a formula to see tax requisition aligned with water use.

Instead of a flat rate, the tax will be applied based on “taxable area,” in this case number of units on the parcel (for example, Bowen Court is one parcel of 19 units while Belterra is 30 parcels – each a living unit). Properties with fewer than four units are assumed to be one unit.

At its April 26 regular council meeting, BIM council was generally supportive of what councillors called a “creative solution.”

Hayre said that this tax pushes the envelope of what’s allowed for parcel taxes under the Community Charter (provincial legislation all municipalities have to adhere to). “However, we believe that it’s supported by previous court decisions that have extended zoning density, for example, as a physical characteristic of a taxable parcel.”

While Hayre said sticking with a flat parcel tax would be the “least controversial” option, it would also be the least equitable.

Council passed first, second and third readings of the bylaw.

As this is a new tax, BIM created a new parcel tax roll and appointed Councillors Michael Kaile, David Hocking and Alison Morse to a review panel to consider any complaints and to authenticate the roll.

All property owners on the new roll will get a notice advising of the new charge, grounds for appeal, deadline for appeal, when the panel will meet and that the roll is available for inspection at Municipal Hall.

The panel will meet May 10 at 9 a.m. to consider any complaints and to authenticate the roll.