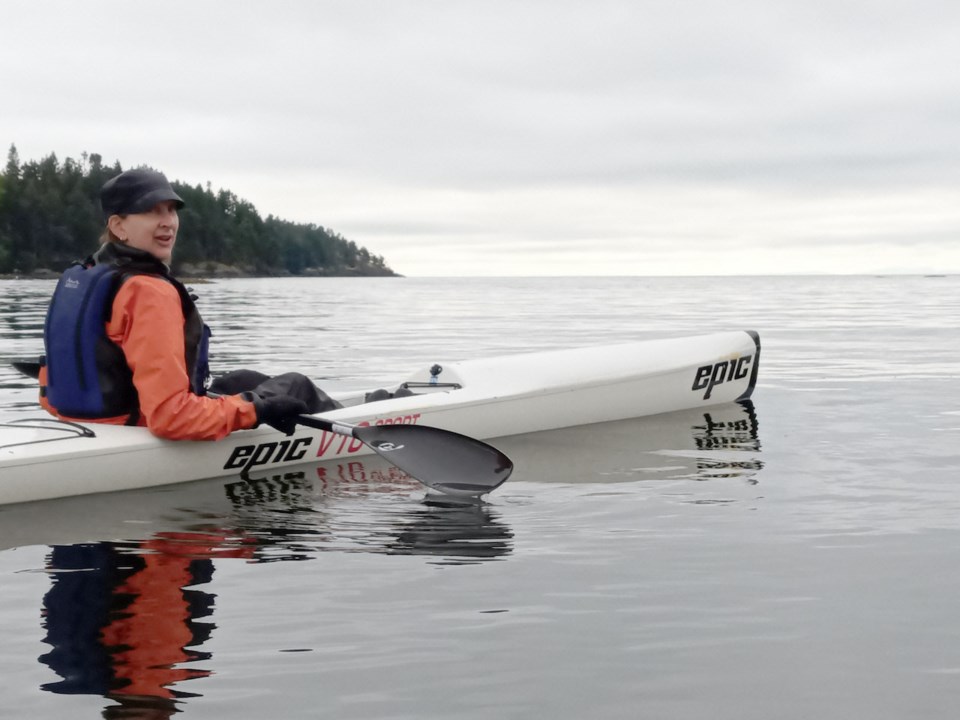 When did you arrive on Bowen Island?

We lived in North Van and we were pretty happy in our condo but would always be looking at the real estate offerings and just found things too expensive. Then we ended up with this huge flood in our apartment – the guy upstairs, I think a service line blew on his washer/dryer, and he wasn’t home. We ended up having to move out of the apartment for two months, living in a hotel that would take our cat. We were planning go back but then we ran into friends who live on Bowen, and they put the idea in our heads. We started looking and realized, instead of buying in the bottom of the market, we were actually going to be more in the middle, with that same amount of money.

We’re still in the same house and it has all the same issues that we thought it was going to have.

Fill the ferry lineup gap or don’t fill the gap?

I never fill the gap. Everyone has said that they do and I’m like, No, I do not fill the gap, unless I’m absolutely certain – basically if hasn’t gone above the pharmacy.

There’s always some Bowen connection somewhere, wherever you go.

Even my sister for instance. Her new boyfriend, he’s best friends with people [who live Bowen].

My sister phoned and told me Glen was going to be on Bowen, visiting the friends. Then I had to go to an appointment at the doctor’s office and who do I walk by, but a table with those friends. Of course, he looked up and totally recognized me, although we’d never met, because I look enough like my sister. But we just met eyes and that was it – the first checking out of my sister’s new boyfriend. He wasn’t there anymore when I came back out again, but it was funny.

What’s something Bowen Islanders have in common?

The connection to water and the environment itself here. We used to commute by boat and a lot of our neighbors here in Eagle Cliff do. So there’s awareness of the water and what’s going on with the weather. We all talk about the weather, it’s really pertinent.

I’ve been ocean swimming. I’ve been doing a ton more of that, because I can just go in the middle of the day. We’ve gone through most of the winter – started way earlier and ended way later last year in November – long-distance swimming. There’s a bunch of different SwimBowen, type personalities who’ve been doing that, too. But I’m definitely one of the people that’s been getting in the water quite a bit more than I did before.